House Minority Leader Kevin McCarthy (R-CA) joked casually during a fundraising event that it “will be hard not to hit” House Speaker Nancy Pelosi (D-CA) with the speaker’s gavel if Republicans take back control of the House in next year’s midterm elections and he becomes speaker.

Headlining a fundraiser dinner for the Tennessee Republican Party in Nashville, Tennessee Saturday night, McCarthy spoke optimistically to around 1,400 donors regarding the GOP chances of retaking the House majority in the 2022 midterm elections, saying should he was to become the speaker, he would find it difficult to resist hitting Pelosi with the speaker’s gavel.

“More importantly, I want you to watch Nancy Pelosi hand me that gavel,” McCarthy joked in audio posted to Twitter by Main Street Nashville reporter Vivian Jones. “It will be hard not to hit her with it, but I will bang it down.”

During the fundraiser dinner, McCarthy was given by the Tennessee congressional delegation an oversized gavel adorned with the words “Fire Pelosi” on it.

The GOP leader also pledged to “fire Nancy Pelosi” while urging unity among Republicans to gain back more House seats in 2022.

“If we are in this room and in this party, row together, we will not go in circles,” McCarthy said.

“A threat of violence to someone who was a target of a #January6th assassination attempt from your fellow Trump supporters is irresponsible and disgusting,” Hammill wrote in a tweet in response to the reports.

Asked about Saturday’s remark, a spokesman for McCarthy said the Minority Leader was “obviously joking.”

A war of words between McCarthy and Pelosi has escalated in recent weeks amid the fallout from the House select committee’s investigation into the January 6 attack on the US Capitol. Pelosi blocked two of McCarthy’s five picks — Reps. Jim Banks (R-IN) and Jim Jordan (R-OH) — from being appointed to the special committee to investigate the Jan. 6.

Following the House speaker’s move, McCarthy called Pelosi a “lame-duck speaker,” calling her decision “unprecedented,” and pulled all his picks from serving on the committee.

Last week, Pelosi called McCarthy a “such a moron” in response to his criticism in arguing that the mask mandate for those vaccinated was unscientific.

McCarthy responded to Pelosi’s childish name-calling by pointing out the incongruities within the House Speaker’s decision to renew the mask mandate back on the House side of the Capitol complex.

“Well, if she’s so brilliant. Can she tell me where the science in the building changes between the House and the Senate?” Can she explained to me when the CDC says only vaccinated people need to wear a mask in hotspots,” McCarthy said. “D.C. is not with more than 86% of vaccination within here. Can she explain to me the less than 1% affected there? So it’s a lot of questions if she knows so much science explain to me where the science changes in the rotunda.”

Several Democratic lawmakers immediately rushed to defend the House Speaker, calling on McCarthy to apologize for remarks they labeled as “misogynistic and dangerous,” “disgraceful” and “no laughing matter.”

“Speaker Pelosi used her courage and moral compass to lead us to pass the Violence Against Woman Act. Kevin McCarthy thinks joking about hitting a woman is funny. When someone shows you who they are, believe them,” Rep. Val Demings (D-FL) tweeted.

Other Democrats, meanwhile went even further, calling on McCarthy to resign by linking his rhetoric to the Jan. 6 Capitol riots. Rep. Eric Swalwell (D-CA) called the minority leader a “would-be assailant” of the House speaker. The hashtag #ResignMcCarthy was used by progressive groups and other Democratic lawmakers after audio surfaced of McCarthy’s remarks went viral.

However, McCarthy’s comments also became a fundraising tactic for Democrats to use as means to raise money aimed at protecting its thin House majority in the 2022 midterms and to deny McCarthy the speakership. 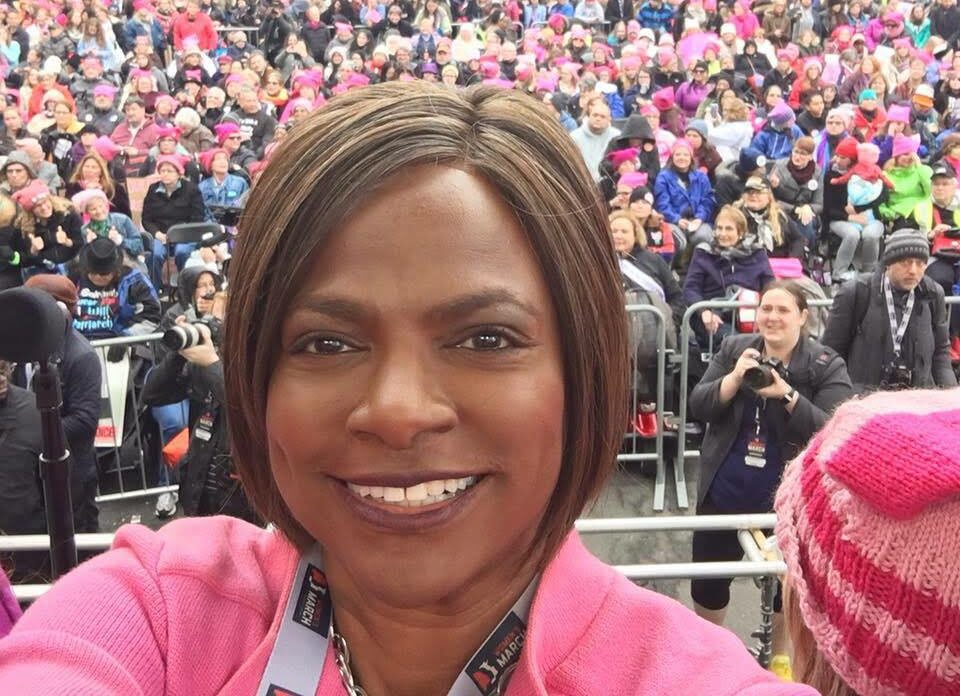