JUICE—The Latest Q Poll shows that Gov. Ron DeSantis has regained the support he lost with Floridians as of last July. This loss was a result of the pandemic, even as Democrats continue to blame him for the recent surge in COVID-19 cases.

This race will boil down to voting records.

Demings has voted with self-styled Socialist Democrats, while Sen. Rubio has not, and has more of a middle-of-the-road record.

The issue Rubio may have is that there are some Republicans who still think he didn’t support former President Donald Trump enough when he was in office. Trump have Rubio a full-throated endorsement a couple of months ago. READ MORE

When he was called out for posting it on his social media, Musselwhite decided to remove the post, but only after giving a half-baked, unprepared, and outright lame answer when asked why he did it.   READ MORE

—Debbie Wasserman Schultz-Callousness or incompetence, whatever the reason, @GovRonDeSantis is 'leaving money on the table' that can feed Florida children, and it's inexcusable.

—Marco Rubio-The @StateDept admits 4,100 Americans remaining in Kabul alone but claim that some of them are deciding not to leave This is a lie Taliban isn’t allowing American women through their checkpoints without a male guardian & are blocking non-citizen family members of U.S. citizens

—Nikki Fried-Nobody trusts you anymore, Ron. And attacking the President for you not doing your job isn’t helping.

—Jimmy Patronis-As we witness the chaotic exit from Afghanistan, my thoughts are with Florida’s firefighters who also proudly served our country. Just like in Surfside, the fire service community has come together to ensure these heroes have mental health support available in times of crisis.

—Senator Jason Pizzo-For those of us (legislators, staff and families of incarcerated persons) who make frequent visits, and consistently advocate for a modern @FL_Corrections system - one which provides edu/voc opportunities and adequate staffing resources - this is an important (and overdue) visit.

—AG Ashley Moody-It is evident that Biden’s dismantling of immigration policies that were working has been disastrous for our border and country. Thankfully, our Supreme Court has found his conduct unlawful and demands reinstatement of the Remain in Mexico policy.

—Blaise Ingoglia-This isn’t a little over the top…it’s A LOT over the top, and quite frankly, disgusting and sexist. @AndyMarlette should be ashamed of himself. You crossed a line here.

"Veteran GOP Lawmakers Rip Biden For Failed Leadership In Afghanistan" by The Floridian's Mona Salama—A group of Afghanistan veterans Republican House lawmakers tore into President Biden “failed leadership” over his handling in the crisis in Afghanistan following a classified closed-door briefing, demanding the Commander-in-chief to extend his “reckless” evacuation deadline past August 31, warning his decision in what it appears as conceding to the Taliban timeline will end with “blood on his hand.”

"Rubio Still Leading Demings in Latest Poll" by The Floridian's Jim McCool—There is no secret that Florida has been and will continue to be the center of national politics into the foreseeable future. With Governor Ron DeSantis’ (R-FL) stock rising in the Sunshine State, US Senator Marco Rubio (R-FL) will be entering this election season with a comfortable approval rating.

"SCOTUS Reinstates Trump-Era ‘Remain in Mexico’ Immigration Policy" by The Floridian's Jim McCool—As the Biden Administration deals with a crisis on multiple fronts, critical litigation has been approved that could totally alter the border crisis as Americans are distracted by the mess in Afghanistan. The Supreme Court of the United States has reinstated Trump’s “Remain in Mexico Policy.”

"Rubio: Taliban’s U.S. Weapons Seizure ‘Terrifying’" by The Floridian's Daniel Molina—Shortly after the Taliban overtook Afghanistan, Florida Rep. Michael Waltz (R) warned of weaponry the Taliban now possesses that “could be used used to kill civilians.” Florida Senator Marco Rubio (R), a member of the Senate Intel Committee, is also commenting on the “military equipment left behind in Afghanistan,” calling it “terrifying” that this weaponry is in the hands of the Taliban.

"DeSantis Called Power-Hungry ‘White Dude’ who Doesn’t Give a ‘Crap’ About Florida" by The Floridian's Javier Manjarres—Florida Agriculture Commissioner Nikki Fried is making all the rounds in her effort to maximize exposure in her efforts to unseat “white dude” Gov. Ron DeSantis. Commissioner Fried must get past Rep. Charlie Crist in the 2020 Democratic gubernatorial primary contest. Appearing with Progressive Activist and Actress Alyssa Milano on her “Sorry, not so Sorry” podcast, Commissioner Fried opened up by taking a shot at Gov. DeSantis, stating, ”The people of our state deserve someone who gives a crap.”

"DeSantis Hits AP Hard on National TV Over Regeneron ‘Hit Piece’" by The Floridian's Javier Manjarres—Florida Gov. Ron DeSantis reiterated his position that the recent Associated Press (AP) story about one of his top donors investing in the Regeneron COVID treatment drug that the governor was promoting across the state, was nothing more than a “partisan hit piece.”

"DeSantis Directs Letter to AP Over ‘False Narrative’" by The Floridian's Daniel Molina—Last week, the Associated Press published an article titled “DeSantis top donor invests in COVID drug governor promotes.” The article drew criticism from Florida Governor Ron DeSantis (R) who argued that the article “discouraged readers from seeking life-saving treatment,” calling the article “a debunked political attack.” In response, the Florida Governor has directed a letter to Daisy Veerasingham, the president and CEO of the Associated Press, calling the article “a false narrative that will lead some to decline effective treatment for COVID infections.”

"Byron Donalds: Biden ‘Ain’t Going to be Around for Much Longer’ by The Floridian's Jim McCool—With overwhelming, and sometimes uncalled for banter against President Biden’s (D) health, many have speculated the oldest elected President may not be fit to finish his term.  US Senator Rick Scott (R-FL) has already posed such questions, and now US Rep. Byron Donalds (R-FL) is joining in on the concern for Biden’s health.

"Carla Spalding Kicks Off Congressional Campaign with Kim Klasik and Byron Donalds" by The Floridian's Javier Manjarres—Having lost her 2020 congressional race to Rep. Debbie Wasserman Schultz (D), Republican congressional candidate Carla Spalding is not sitting back and waiting for the redistricting process to possibly help redraw the lines in this predominantly Democratic district.

"Democratic Candidate McCormick Promises $1,000 to Voters in FL Special Election". by The Floridian's Javier Manjarres—When US Rep. Alcee Hastings’ (D-FL) passed away after a long-fought battle with Pancreatic cancer, a special election to fill his vacated congressional seat was set for January 11, 2021. While there are about a dozen Democratic candidates in the race, it looks like the race could center more around Sheila Cherfilus McCormick and her $1,000 per month promise to constituents, if she is voted in.

Federal Judge Blocks Biden Immigration Policy, DeSantis Responds" by The Floridian's Jim McCool—As the United States continues to be plagued with crises both domestic and foreign, the illegal immigration crisis along the U.S. southern border continues with no end in sight. Once again, Florida Governor Ron DeSantis (R-FL) is leading the charge on illegal immigration, supporting the decision of a federal judge who “blocked” the Biden Administrations’ new illegal immigrant arresting policy.

"Biden In 2010 Reportedly Said ‘F–K That’ Regarding U.S Obligation To Protect Afghans" by The Floridian's Mona Salama-President Joe Biden rejected the idea over a decade ago that the United States had any moral obligation to stay in Afghanistan, saying “F–k that” while urging for a swift withdrawal regardless of the consequences, according to a resurfaced report.

"Deutch Requests Biden Administration’s Afghanistan ‘Evacuation Efforts’" by The Floridian's Daniel Molina—As reports continue to document the shifting political landscape in Afghanistan, lawmakers in the United States calling for the Biden Administration to respond to the concerns. On Social Media, Florida Rep. Ted Deutch (D) released a statement, calling it “the Fall of Afghanistan.” Subsequently, Deutch joined his Congressional colleagues in directing a letter to President Joe Biden (D), “requesting needed information from the Admin on evacuation efforts” for Americans that are stuck in the country.

"Senator Scott Questions Biden’s Mental Capacity" by The Floridian's Javier Manjarres—Florida Senator Rick Scott has now questioned whether President Joe Biden is fit for office, joining other Florida Republicans like Reps. Greg Steube and Kat Cammack, who recently requested that the president take a cognitive test to see if he is fit to lead or discharge his duties as president.

"Congressional Lawmakers React To Afghanistan Chaos Following Biden’s ‘Botched’ Handling Of Troop Withdrawal" by The Floridian's Mona Salama—Congressional lawmakers weighed in on the chaotic developments in Afghanistan amid President Biden’s hastily and botched handling over the withdrawal of U.S. troops, with both sides of the aisle expressing anger, but divided in their criticism of the president’s execution that has led to the mayhem.

Possible Corruption at the Florida GOP Could Threaten DeSantis in 2022," by The Floridian's Javier Manjarres—The apparent corruption and cronyism at the top of the Florida GOP or the Republican Party of Florida run deep, and it points to one man as being the person ultimately responsible—Chairman Joe Gruters (pictured with Broward Republican officials).

"Wasserman Schultz Supports $3Trillion Pathway to Citizenship Effort in Senate" by The Floridian's Daniel Molina—Florida Rep. Debbie Wasserman Schultz (D) shared an NPR, interview segment discussing a plan from Democrats to provide “a path to citizenship in their budget framework.” The interview explored the option of a $3.5 trillion spending bill that would tackle immigration reform, and discussed the effort that includes “permanent residency for qualified immigrants in the bill through a process called budget reconciliation.” The Florida lawmaker praised “reconciliation,” calling it “essential” in the process to move forward.

To Regain Trust, Media Must Look in the Mirror 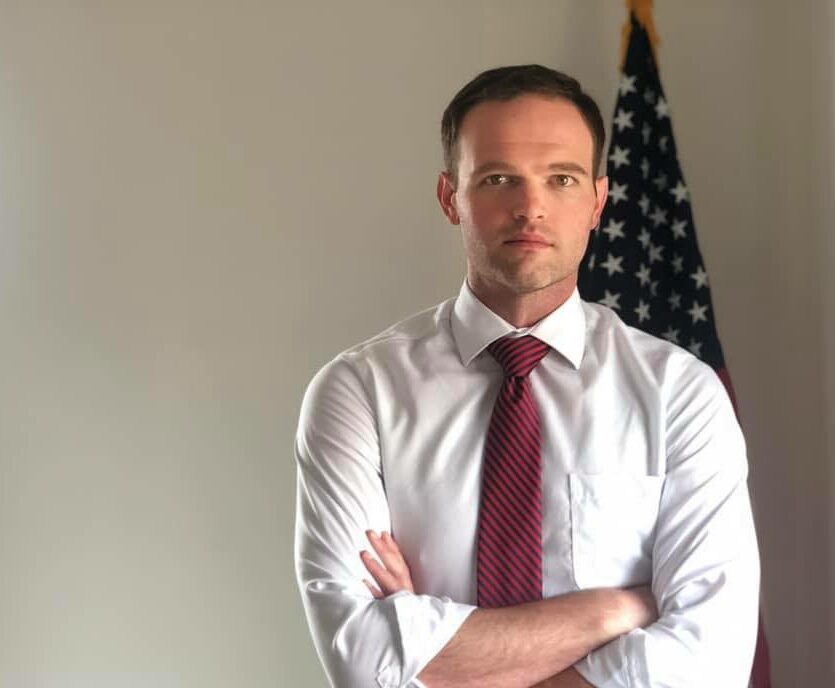 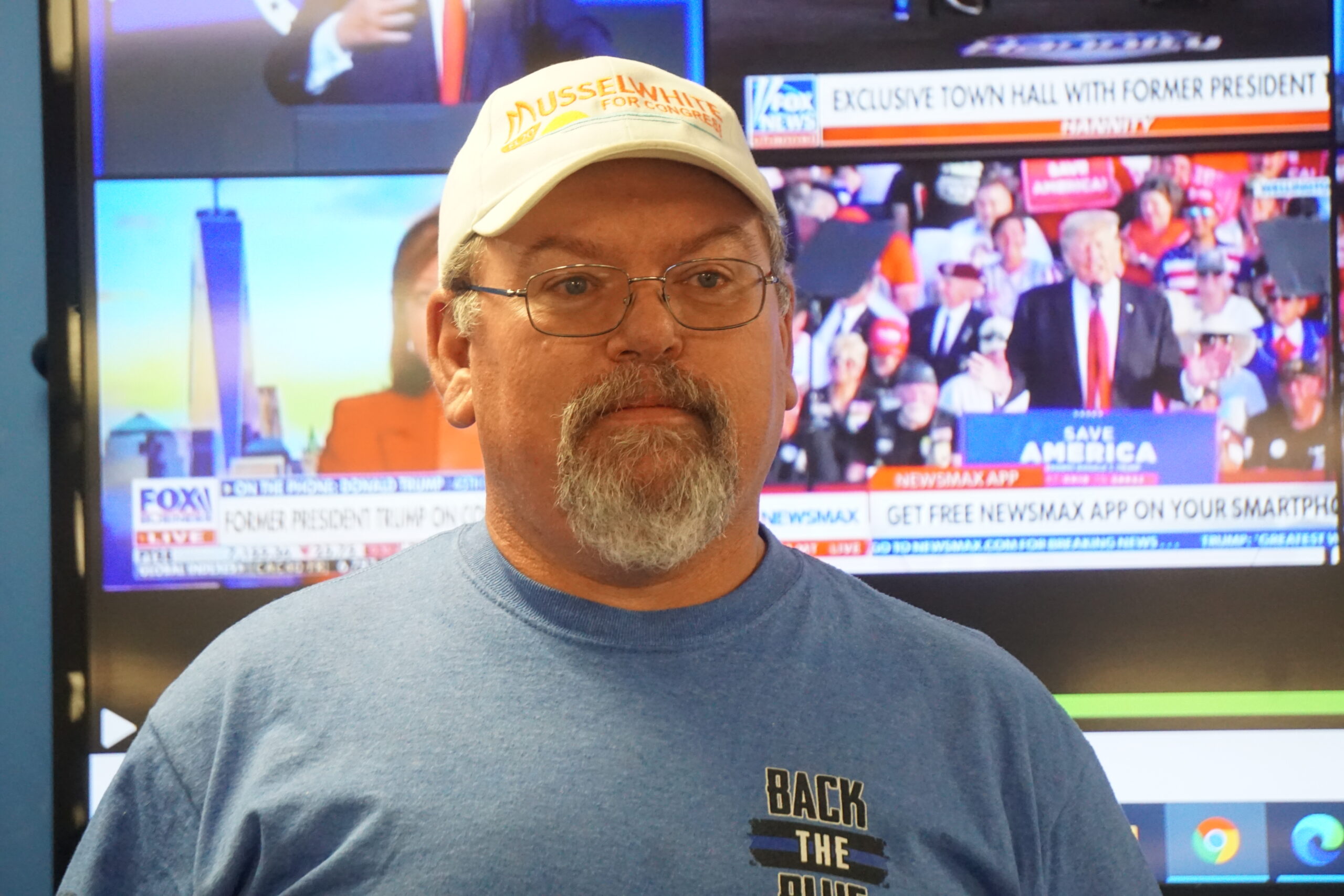