“I’m reviewing that. I’m not prepared to make a statement on that, but I’m considering his proposals,” Pelosi told reporters Tuesday when asked if she would “veto” any of McCarthy’s selection.

McCarthy on Monday announced that he has tapped a mix of moderate GOP lawmakers and close House allies of former President Trump to serve on the probe. Republican Study Committee Chairman Rep. Jim Banks of Indiana, will lead as the ranking GOP member on the panel. The other members includes Reps. Rodney Davis of Illinois, a moderate who serves as the top Republican on the House Administration Committee; Jim Jordan of Ohio, one of Trump’s closest House allies and a top Republican on the House Judiciary Committee; Kelly Armstrong of North Dakota, and Troy Nehls of Texas.

Pelosi permitted only five Republicans to be selected to serve on the 13-member select committee. She also has the authority based on the language of the Resolution on vetoing any members McCarthy recommends to serve.

Banks, Jordan and Nehls are three of McCarthy’s selection who were among the 140 House Republicans that voted against certifying the Electoral College results for President Biden in certain contested states following the chaos that ensued during the joint certification session on Jan 6.

Pelosi noted that she wouldn’t automatically disqualified those GOP lawmakers who objected to the results of the 2020 election when making her final decision.

“I’m considering his proposals,” Pelosi said. “But to be clear, how people voted on the president — affirming the election of Joe Biden is not a criterion for service. That doesn’t matter.”

Pelosi established the select committee to investigate the Jan. 6 Capitol riot after a bipartisan panel failed to pass in the Senate. The bipartisan panel to examine the Capitol riot passed in House back in May with 35 GOP lawmakers broke ranks to vote in favor the measure. Senate Republicans blocked the bipartisan measure that would have created a 9/11-style bipartisan commission after the upper chamber fell short of the 60 votes needed to pass a key procedural hurdle.

The Speaker’s eight selections announced earlier this included several prominent Trump critics, such as former lead Impeachment Managers Reps. Adam Schiff (D-CA) and Jamie Raskin (D-MD). Other names includes House Homeland Security Chairman Rep. Bennie Thompson (D-MS) who will lead the committee panel, Reps. Zoe Lofgren (D-CA), Pete Aguilar (D-CA), Stephanie Murphy (D-FL), and Elaine Luria (D-VA). Pelosi also named Cheney as the lone GOP selection to serve on the panel. The Wyoming Congresswoman was one of the 10 House GOP who voted to impeach Trump in the second impeachment and has since becomes one of the GOP’s most vocal critic of the former president following his acquittal in February. Cheney’s outspoken criticism of the former president led to House Republicans voting to remove her from leadership chair of the House Republican Conference in May.

Pelosi also didn’t give any hints as to when she would announced her final decision regarding approval of McCarthy’s selections. However, Pelosi has less than a week to finalize the selection as the committee is scheduled to hold its first hearing on July 27, hearing testimony featuring four Capitol and D.C. Metropolitan Police officers. 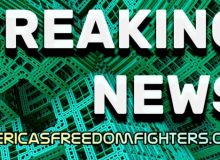