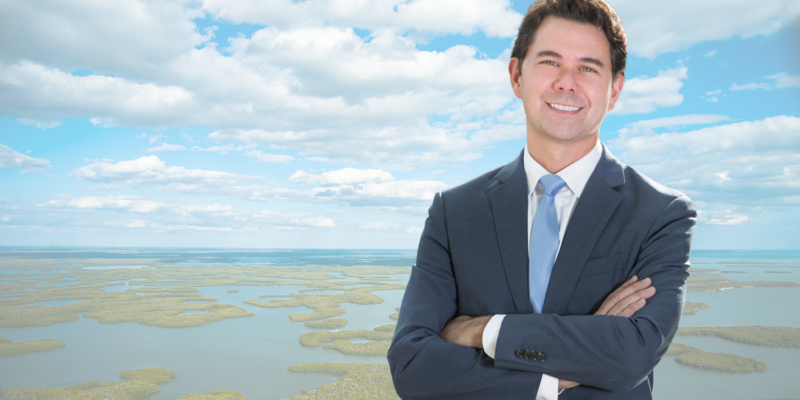 City of Miami Commissioner Ken Russell (D) has decided to run for the U.S. Senate in hopes to defeat who he says is “Florida’s biggest problem yet: Marco Rubio.”

But before Commissioner Ken Russell can face off against Senator Rubio, he must first battle it out with firebrand Rep. Val Demings (D) in what could be a highly contentious Democratic senatorial primary election.

In his Senate campaign kick-off video, and on his official website, Russell contends that his non-Cuban-born father’s assets were seized by Cuba’s late Dictator Fidel Castro during the revolution, forcing him to move to Miami, where he and his brother were raised.

“My father was working in Cuba when Castro’s regime overthrew the government, seizing all of my father’s assets and forcing them to flee the country. They settled in Miami, where they raised my brother and me. And that’s where I launched my watersports business, allowing me to see the world.” (Website)

But while his father fleeing Communist Cuba is believable, Russell has never divulged this nugget of information in any of his (3) runs for public office.

Russell has run for the City of Miami Commission twice and ran for the U.S. Congress in 2018.

Representing a big Cuban-American constituency in Miami-Dade County, one would think that Russell would have mentioned his family's plight in Cuba, but we have not been able to find any mention of his claim.

We reached out to Russell several times but he has not gotten back to our request for comment.

What was his father’s business in Cuba?

Who did his father do business within Cuba?

How much much in assets were seized?

These are some of the questions that come to mind.

During the 2018 midterm elections, Russell ran in a hotly contested Democratic congressional primary race but dropped out prior to qualifying. Russell was able to raise about $774,000, but most of that money was spent on consultants, with  $166,000 being disbursed to other political committees, particularly the Florida Democratic Party.

It’s been reported that as former Rep. Donna Shalala (D) has expressed interest in running the seat she lost to Rep. Maria Elvira Salazar (R), and Russell’s name has also been thrown into the mix.

Could Russell’s run for Senate actually be a political play to better position himself to run against Rep. Salazar in Florida’s 27th congressional district?