US Capitol Police officers are ordered to arrest Congressional aides and visitors on the House side of the Capitol complex who refuse to comply with House Speaker Nancy Pelosi (D-CA) reimpose mask mandate, according to a police memo issued by the new Capitol Police Chief Thomas Manger and obtained by Rep. Kat Cammack (R-FL).

“If a visitor or staff member fails to wear a mask after a request is made to do so, the visitor or staff shall be denied entry to the House Office Buildings or House-side of the U.S. Capitol. Any person who fails to either comply or leave the premises after being asked to do so would be subject to an arrest for Unlawful Entry,” the memo reads.

The two-page memo guidance also advises USCP not to arrest Congressmembers who refuse to wear masks on the complex, instead to tattle to the House sergeant-at-arms on the House member noncompliance.

Cammack who obtained from an unnamed officer a copy of the memo blasted a screenshot on her Twitter feed. The Florida Congresswoman characterized the memo as “Today’s edition of Pelosi’s abuse of power.”

In today’s edition of Pelosi’s abuse of power, Capitol Police have been directed to arrest staff and visitors to comply with her mask mandate for vaccinated individuals.

For Members, they advise not arresting but “reporting Members to SAA for their failure to comply.”

Cammack described the new directive as “tyrannical order” and said she spoke to officers who told her that they are “very uncomfortable” arresting individuals refusing to comply with Pelosi mask mandate.

“This is such an overstep of Speaker Pelosi’s authority to basically make our Capitol Police arrest staff members and report on members [of Congress],” Cammack told Fox News. “It’s absolutely unconscionable that this is where we’re at.”

“I cannot comply with this tyrannical order,” Cammack added. “This is the people’s house, not Nancy Pelosi’s house.”

House Republicans expressed disdain over the reimposed mask guidance, arguing the move is politically motivated mandate from Pelosi as the same order is not in place on the Senate side of the Capitol.

“If you are a Capitol police officer you got orders … if a vaccinated staffer comes across in the House side without a mask you’re ordered to arrest them, but not on the Senate side,” House Minority Leader Kevin McCarthy (R-CA) said. “This is not the America we know.”

The mask rules follow updated Centers for Disease Control and Prevention (CDC) guidance in the wake of the rise of the contagious COVID delta variant and lower-than-expected vaccination rates.

The Capitol Police issued a brief statement following Cammack’s tweet, arguing that no incident should have to escalate to an arrest if everyone just follows the rules and wears a mask.

“Regarding the House rules about masks, there is no reason it should ever come to someone being arrested,” the department said in an email. “Anyone who does not follow the rules will be asked to wear a mask or leave the premises. The Department’s requirement for officers to wear masks is for their health and safety,” USCP said in a statement posted on Twitter.

Pelosi’s office claim that the House Speaker did not order Capitol police to arrest the maskless, arguing she doesn’t have the power to control the department

“The speaker of the House does not control the U.S. Capitol Police,” Pelosi spokesperson Drew Hammill said.  “We were unaware of the memo until it was reported in the press.” 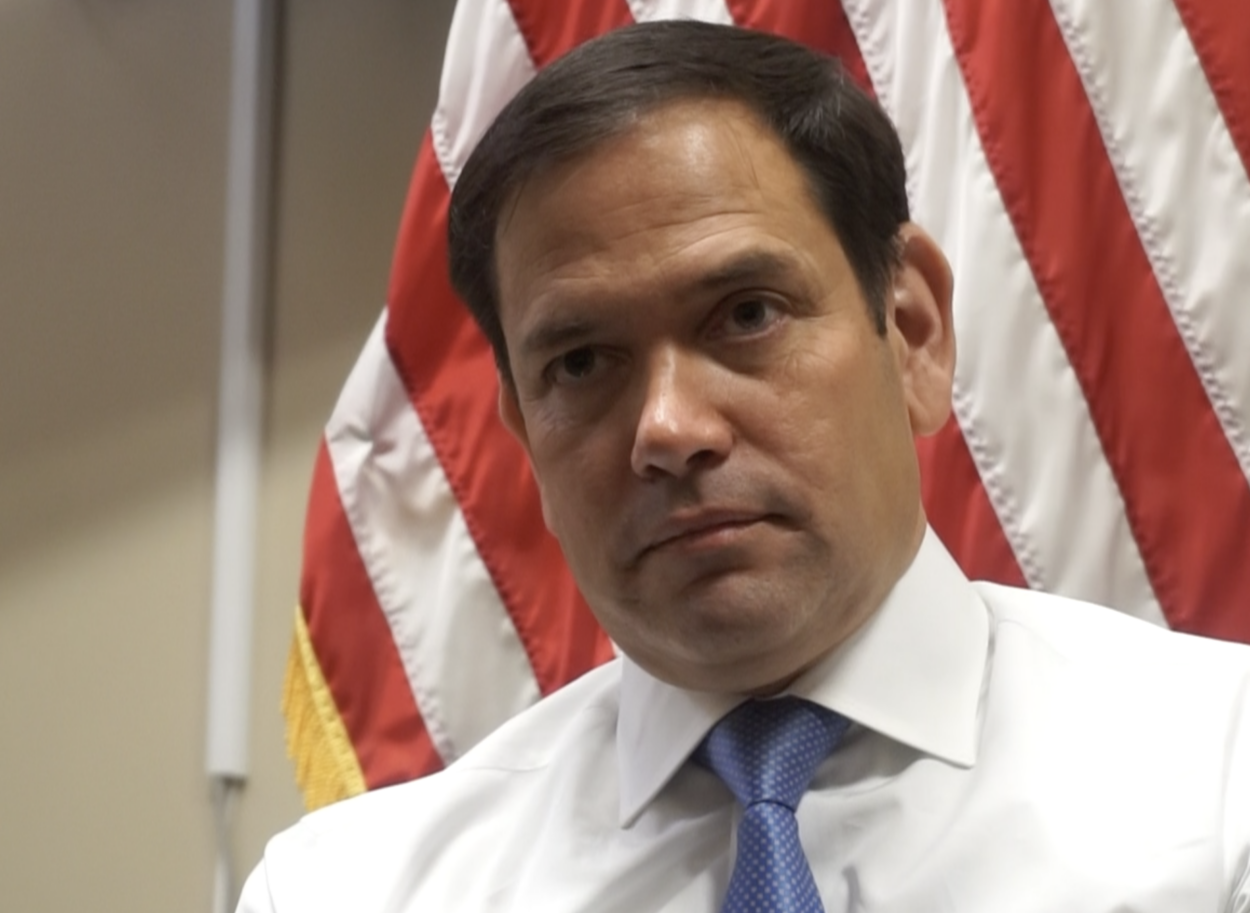 Rubio Says Trump had Plan to Get Internet Into Cuba [Video]