According to the U.S. Department of Transportation, data gathered by the government agency shows that oil pipelines are the safest way to transport energy and that accidents like those that occur with fuel tankers are rare, but that didn’t stop the Biden administration from reentering the Paris climate agreement and immediately pulling the plug on the Keystone XL pipeline project citing environmental concerns.

Florida Congresswoman Debbie Wasserman Schultz (D) cheered President Joe Biden’s decision this week to completely revoke the Keystone XL Pipeline’s permit to operate, saying that she was “proud of the countless environmental advocates who opposed” the pipeline and “fought to stop this potential environmental calamity.”

Environmental advocates have been protesting the pipeline for years, arguing that a “calamity” as Wasserman Schultz states, could happen with the transporting of so much fuel across the Great Plains. 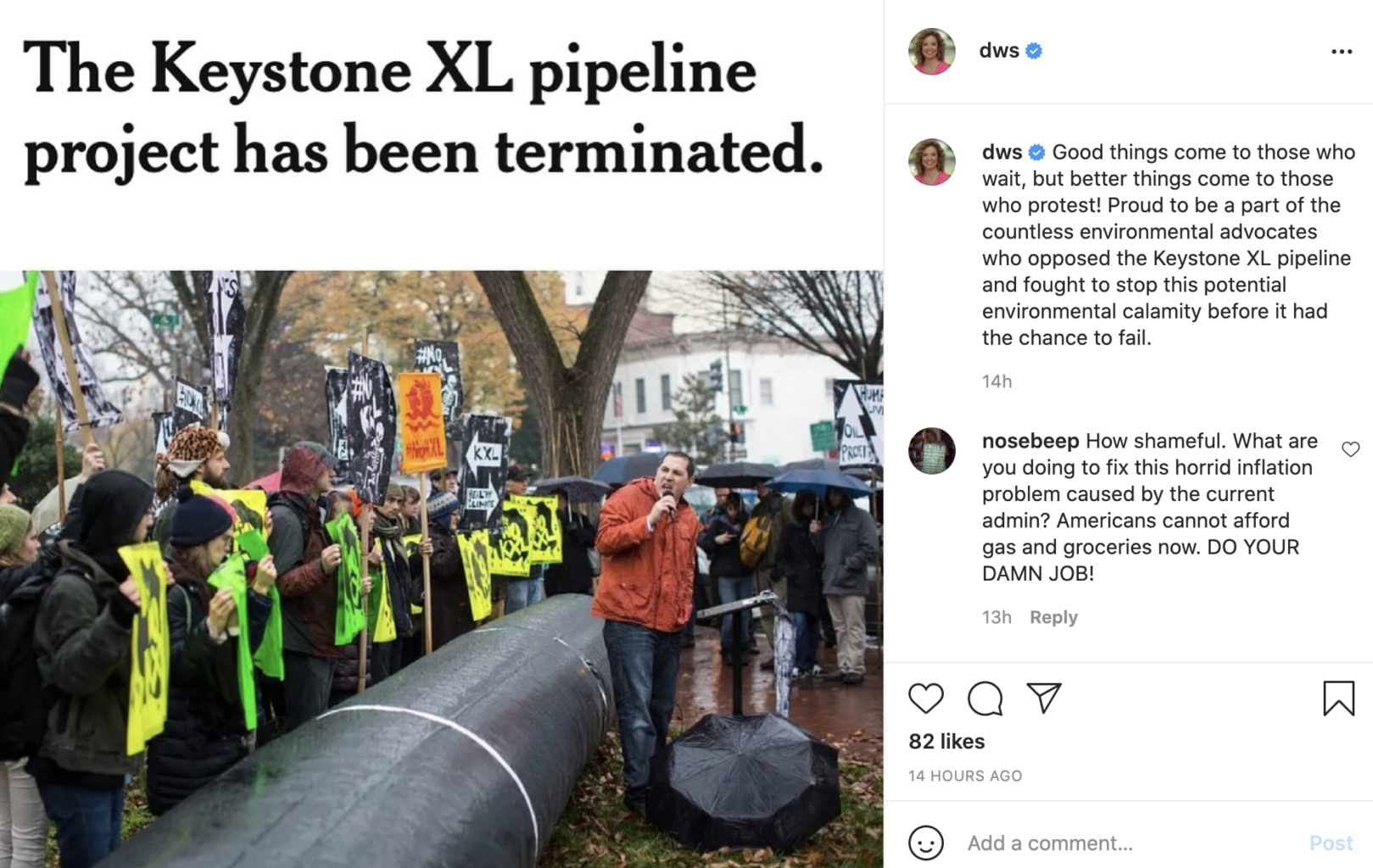 Opponents of the pipeline warned that closing down the project would lead to thousands of jobs being lost in both Canada and the U.S.

In reality, some 13,000 future jobs have been lost as a result of the cancellation of the project.

“It’s unfortunate that political obstructionism led to the termination of the Keystone XL Pipeline,” said Robin Rorick, vice president of midstream and industry operations at the API. “This is a blow to U.S. energy security and a blow to the thousands of good-paying union jobs this project would have supported.”

According to safety statistics collected for the biggest of all oil pipelines, The Alaskan pipeline, there have only been a few mishaps over the structures 40+year of existence.

Outside of the Exxon-Valdez oil tanker fuel spill in 1989 caused by human error, there have only been three incidents of oil spillage from the Alaskan pipeline, two of them occurring as a result of sabotage, and the third from an electrical problem that causes a small overflow at a storage facility.