On the heels of the CDC’s announcement that fully vaccinated people are no longer required to wear masks in most places, President Donald Trump (R) has released a statement expressing that he is not receiving the credit from the current administration on the success of the COVID-19 vaccination’s distribution. Commenting that his administration came up with the vaccine “ahead of schedule.” The 45th President of the United States feels that he should be credited in reference to “the modern-day miracle of the vaccines.”

In the release to supporters, President Trump made it clear that he felt his administration and Operation Warp speed contributed to almost 36% of the country that has been fully vaccinated.

“Isn’t it incredible that because of the vaccines, which I and my Administration came up with years ahead of schedule (despite the fact that everybody, including Fauci, said would never happen), that we no longer need masks, and yet our names are not even mentioned in what everybody is calling the modern-day miracle of the vaccines?” the President questioned.

“Without the vaccines, this world would have been in for another 1917 Spanish Flu, where up to 100 million people died,” Trump added, saying that “because of the vaccines we pushed and developed in record time, nothing like that will be even close to happen.”

The President argued that all he wants is a “mention” in the conversation because he feels that “the Biden Administration had zero to do with it.”

What he believes the Biden Administration did “was continue our plan of distribution, which was working well right from the beginning!”

Providing an update this week, the CDC announced that anyone fully vaccinated “can resume activities that you did prior to the pandemic,” adding that “people can resume activities without wearing a mask or physically distancing, except where required by federal, state, local, tribal, or territorial laws, rules, and regulations, including local business and workplace guidance.” 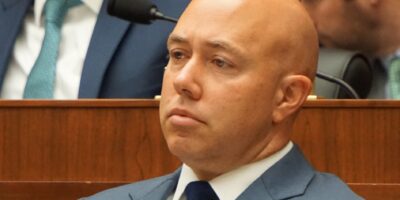