“Yes, I do,” McCarthy said in response.

Asked earlier whether he has the votes to oust Cheney, McCarthy didn’t provide an answer but noted that Republicans must be united against the “socialist liberal agenda” of President Biden, who is “destroying” the nation with his “expansion of government” in order win back the majority in the midterm election, and that “starts with leadership.”

“Everyone in leadership serves at the pleasure of the conference. As you know, there is a lot at stake. Democrats are destroying this nation. We have watched the greatest expansion of government, this socialist liberal agenda. We watched him destroy our borders where hundreds of thousands are coming across not being tested for COVID. We’re catching people on the terrorist watch list; you got the destruction of our energy, you’ve got the largest miss jobs report that more than two decades. To defeat Nancy Pelosi, this socialist agenda, we need to be united, and that starts with leadership. That’s why we will have a vote next week, and we want to be united in looking to moving forward. And I think that’s what will take place,” McCarthy said.

The minority leader said the House vote to remove Cheney from her leadership post is due to her lack of messaging on Biden and Democrats’ agenda.

“As conference chair, you have one of the most critical jobs that the messenger of going forward,” McCarthy said, “Are we talking about what the Democrats are doing on the border? Are we talking about all the miss jobs report that we just had? Are we building an economy where we are watching Joe Biden create inflation that we’ve never seen before, a takeover of a government, the rising of taxes. The damage of what will be done that we cannot come back for. That’s why we need a conference that is united. That’s why we need a conference chair that is delivering that message, day in and day out and uniting the nations to make sure that we are on the right footing going forward.”

On Monday, McCarthy sent a letter to Republican colleagues saying it’s “clear that we need to make a change” to replace the Wyoming Republican as the party’s third-highest ranking member.

“Unfortunately, each day spent relitigating the past is one day less we have to seize the future,” McCarthy wrote in the letter. “Having heard from so many of you in recent days, it’s clear that we need to make a change. As such, you should anticipate a vote on recalling the Conference Chair this Wednesday.”

McCarthy’s support became apparent last Tuesday after being caught on a hot mic telling Fox News host Steve Doocy that he has “had it with her. You know, I’ve lost confidence.” Prior to his endorsement on Sunday, McCarthy was helping to whip up the vote for Stefanik behind closed doors.

House Republicans have scheduled a vote to replace Cheney on Wednesday, after weeks of the Wyoming lawmaker causing headache amongst her colleagues due to her continued criticism towards former President Donald Trump by accusing him of playing a role in the Jan. 6 Capitol riot and claiming that he is spreading election falsehoods regarding the 2020 presidential election. Rep. Virginia Foxx (R-NC) is reported to introduce the resolution Wednesday when the House returns to session, and the Republican conference is scheduled to meet.

The animosity toward Cheney was on full display over the weekend, at an “America First” rally at The Villages in Florida hosted by Reps. Matt Gaetz (R-FL) and Marjorie Taylor Greene (R-GA).

“If Liz Cheney could even find Wyoming on a map and get there, she would find a lot of very angry cowboys,” Gaetz said. “It’s the establishment against the rest of us.”

Although Cheney has drawn the ire of her GOP colleagues over her continued denunciations of the former president, she has defended her ongoing criticism, arguing that voters deserve to know “the truth” about the election. In an op-ed published in the Washington Post Wednesday, Cheney appears to have no intention of leaving leadership quietly, saying that Republicans must not “choose to abandon the rule of law and join Trump’s crusade to undermine the foundation of our democracy and reverse the legal outcome of the last election.”

Stefanik gained the endorsement of Trump last Wednesday, releasing an email statement from his Save America PAC saying the New York congresswoman has his “complete and total Endorsement for GOP Conference Chair.” Trump ramped up his calls for the House Republican Conference to rally behind Stefanik earlier on Monday with another statement saying she has the “experience flipping districts from Blue to Red as we approach the important 2022 midterms, and that’s Elise! She knows how to win, which is what we need!”

In addition to Trump, Stefanik has also received endorsements from House Minority Whip Steve Scalise (R-LA), who publicly backed her bid last week, along with Rep. Jim Banks (R-IN), the chairman of the conservative Republican Study Committee. Banks in another Fox News Sunday show echoed McCarthy’s comments in making the case against Cheney, noting the tension with the Wyoming congresswoman came after she criticized a memo he had written outlining a strategy for winning working-class voters.

“Liz Cheney is the only Republican leader who attacked the memo about making the Republican Party the party of the working class,” Banks said on ‘Fox News Sunday.’

The vote to remove Cheney will mark the second attempt to oust her this year after she overwhelmingly prevailed earlier in February following her impeachment vote due to the backing of McCarthy. Losing her conference chair position could be a blow to her overall reelection odds. 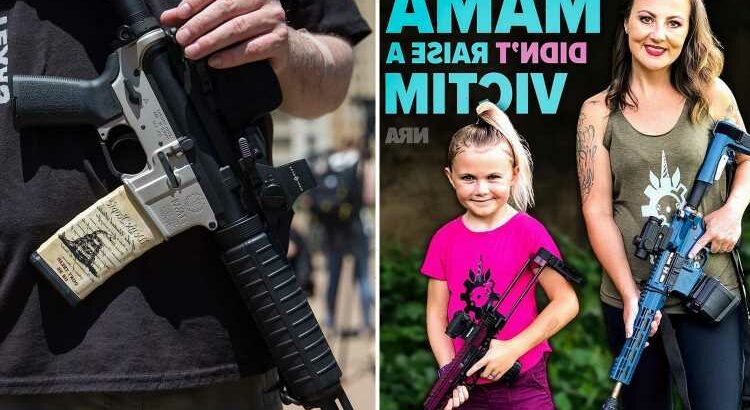