Today was marked by Florida Governor Ron DeSantis (R) signing SB 90 into law. The controversial election integrity bill has received widespread condemnation from Democrats, and even more criticism was aimed at the Governor after news media was barred from attending. Fox News was the only media allowed to attend the signing. In response, Democratic lawmakers have called the move an example of authoritarianism, and Florida Agriculture Commissioner Nikki Fried (D) is now accusing DeSantis of using Fox News as a “state-run” press.

Commissioner Fried, who may soon be launching a gubernatorial bid, has previously accused Governor DeSantis of enacting an authoritarian regime against the people of Florida. Earlier this month, in an editorial posted in the Miami Herald, the Commissioner argued that DeSantis has “eroded the liberty and rights of his constituents and businesses in the Sunshine State, rewarded his wealthy donors and undermined the media” before likening him to dictators like Fidel Castro and Nicolas Maduro.

.@GovRonDeSantis is taking away our rights and bowing to the extreme right-wing media. I will not let this stand. pic.twitter.com/Dj2j3uCH6i

In a press conference held today after the signing of SB 90, Fried continued to criticize the Governor. “He did this in a closed location with only political supporters,” she said, adding that he was also “using our taxpayer dollars with the only camera watching was Fox News.”

Fried expressed her frustration at the signing of the bill as an example of authoritarianism, accusing DeSantis of following in the same footsteps as China and Venezuela. “We see this in other locations across the world,” she explained, saying that “authoritarian regimes have state-run presses.”

“Commissioner Fried needs to stop using her taxpayer-funded office to shield polluters from scrutiny and immediately send all records gathered in compliance with the Clean Waterways Act to the Florida Department of Environmental Protection,” Rep. Brian Mast (R) argued.

She has not responded to the allegation. 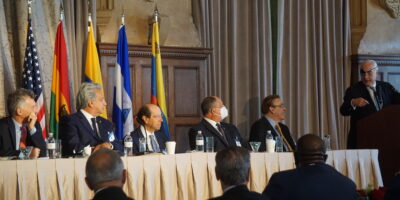 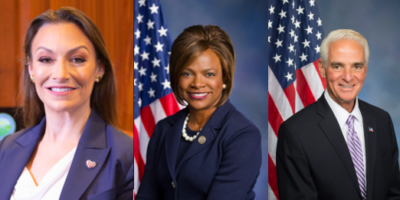