House Democrats remained united Tuesday to block an effort in censuring Rep. Maxine Waters (D-CA), for sparking controversy over her remarks in urging protesters in Minnesota over the weekend to “get more confrontational” if former Police Officer Derek Chauvin is found to be acquitted in the death of George Floyd.

The motion to censure was ultimately “tabled” along party-line in a vote of 216-210, with Democrats despite having a razor-thin margin in the House stood together in defending Waters’ by their vote for her incendiary “confrontational” remarks. However, many Democrats were reportedly angry with Waters’ remarks and House Speaker Nancy Pelosi (D-CA) refusal to condemn them, saying they are concerned over the optics of potential violence being linked back to the party and her remarks being called out by the judge.

House Minority Leader Kevin McCarthy (R-CA) introduced the privileged censure resolution on Monday, forcing the vote on the floor Tuesday to censure Waters, calling her actions “beneath the dignity of this institution,” that “raised the potential for violence, directed lawlessness, and may have interfered with a co-equal branch of government.”

The censure resolution cited at comments made by Judge Peter Cahill, who presided over Chauvin’s case had scolded Waters’ for her remarks as “abhorrent” in urging protesters to “get more confrontational,” conceding in open court by declaring that her comments not only come at a worse time or put the court in a worse position but may have given the defense the grounds that could lead to the whole case “being overturned.”

Over the weekend, Waters jet-setted to Brooklyn Center, Minnesota with police protection to join protestors at anti-police brutality protest ahead of the jury deliberation. Breaking the law in violating the curfew imposed by the state, “Auntie” Waters told the protestors to fight for “justice,” to be “more confrontational.”

The California Democrat told the crowd of protestors and reporters in Brooklyn Center late Saturday evening that she was “hopeful” that Chauvin would be convicted of first-degree murder, but if he isn’t, “we cannot go away.” However, Waters’ demand would be difficult to even obtain since the former Minnesota police officer was not being charged with the count of first-degree murder.

“Oh no, not manslaughter, no no,” Waters declared, despite the reporter’s failed attempt in correcting the congresswoman remarks that Chauvin was being convicted in one count of second-degree manslaughter. “This is guilty for murder. I don’t know if it was in the first degree, but as far as I’m concerned, it’s first-degree murder.”

Her comments sparked sharp pushback from Republicans, who accused Waters of attempting to incite violence during a time of unrest in a region that has been experienced a week of nonstop rioting, looting, and other intensified violence at night amid the trial.

Waters stood by her remarks on Monday, insisting that she is “nonviolent,” while blaming Republicans for the outcry in their efforts to censure her as means “to raise money.”

“Republicans will jump on any word, any line and try to make it fit their message and their cause for denouncing us and denying us, basically calling us violent,” Waters said in an interview with The Grio. “Any time they see an opportunity to seize on a word, so they do it and they send a message to all of the white supremacists, the KKK, the Oath Keepers, the [Proud] Boys and all of that, how this is a time for [Republicans] to raise money on [Democrats’] backs. This is who [Republicans] are and this is how they act. And I’m not going to be bullied by them,” she said.

Democrats largely came to Waters’ defense to overall dismissive the GOP effort, with House Democratic Conference Chairman Hakeem Jeffries (D-NY) slammed McCarthy for refusing to “clean up” the mess his own party caucus is currently deal with.

“Kevin McCarthy should focus on his own conference, because the Republicans in the House are a mess right now. Lauren Boebert is a mess. Matt Gaetz is a mess. Marjorie Taylor Greene is a mess. Clean up your mess, Kevin. Sit this one out. You’ve got no credibility here. We support peaceful protests,” Jeffries said earlier Tuesday during a press conference.

Pelosi defended Waters on Monday, insisting that her fellow California Democrat has no reason to apologize over her remarks.

“Maxine talked about confrontation in the manner of the civil rights movement,” Pelosi told reporters on Monday. “I myself think we should take our lead from the George Floyd family. They’ve handled this with great dignity and no ambiguity or lack of  misinterpretation by the other side. No, I don’t think she should apologize.”

The White House also refused to condemn Waters over her remarks, opting to instead directly dodge the question when asked if President Joe Biden agrees with controversial remarks.

McCarthy called out Democrats following the vote, saying they “decided to stand on the side of violence instead of the law.”

“Speaker Pelosi, and every other House Democrat, had the opportunity to condemn the violent rhetoric of our colleague Representative Waters. Instead, they condoned it,” McCarthy tweeted. “And the House and our justice system are worse off because of it.”

The House Republican campaign arm blasted out a releases to vulnerable Democrat districts to hold them accountable in the upcoming months heading to the 2022 midterm, noting Florida Reps. Charlie Crist and Stephanie Murphy for their vote in “supporting the radical left’s calls for violent protests.”

The House vote finished just minutes before the Chauvin verdict was announced, with the jury finding the former Minneapolis police officer guilty on all three charges of second-degree unintentional murder, third-degree murder and second-degree manslaughter.

Despite the fact her inflammatory language will singlehandedly give the defense team grounds for an appeal, Waters said that she was “relieved” by the conviction and that she love her Democratic collagues for refusing to join the GOP in their efforts to cesnusre her.

“Someone said it better than me: I’m not celebrating, I’m relieved,” Waters told reporters just moments after the verdict was announced, according to pool reports.

“I love my colleagues, and they love me. I don’t want to do anything to hurt them or hurt their chances for reelection,” she added. “I will make sure that they are comfortable with my kind of advocacy, so that we can all be sure that we can do the right thing, and I want to be clear about that.”

The House has only censured 23 members in its history with the last censure posed on former Rep. Charlie Rangel (D-NY) in 2010 for a host of offenses, ranging from misusing official House resources to tax evasion. 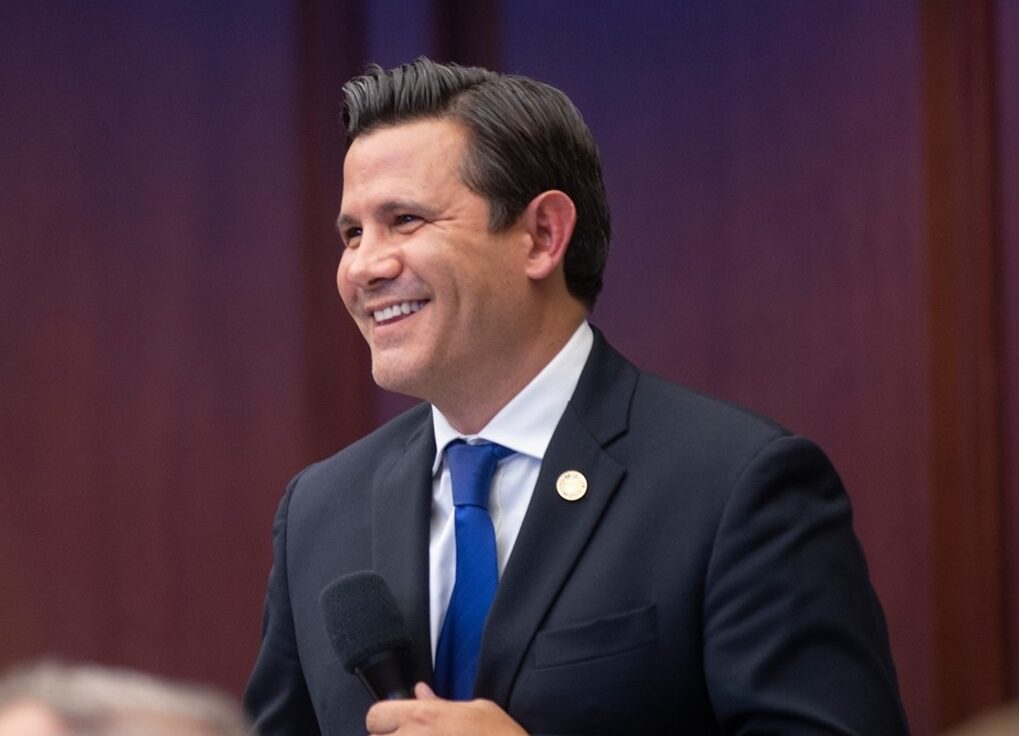 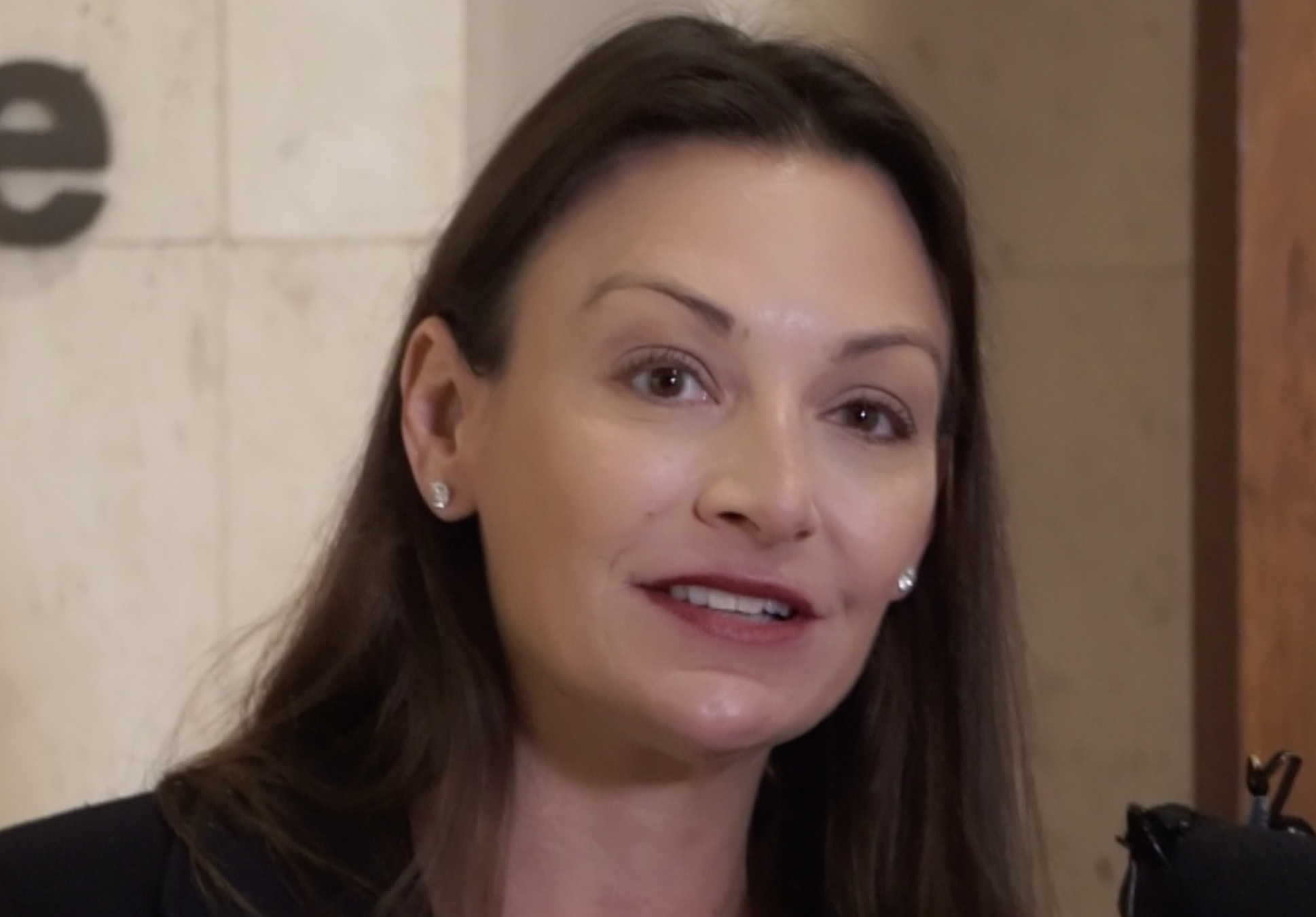