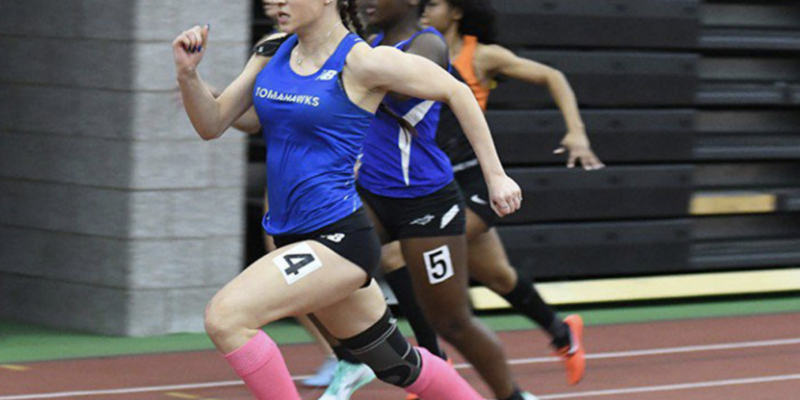 After an hour of heated debate and emotional testimony in the Florida House of Representatives, the controversial HB 1475 transgender athlete bill that bans “biological males” from women’s sports, has passed the Republican-led chamber by a vote of 77 to 40.

The lone Democrat to side with Republicans was Rep. James Bush III (Miami).

“I stand today not as a Democrat, not as a Republican, I stand today as a concerned parent of two former college football players,” said Bush.

But much like the Georgia bill that saw Major League Baseball pull its All-Star game after that legislature passed a voter integrity bill that Gov. Brian Kemp signed into law, the NCCC has followed the MLB playbook and is bullying the state of Florida by threatening to withdraw all championships from the state, which is estimated to cost Floridians over $70 million in revenue.

Rep. Chip LaMarca told The Floridian that the bill was ” an issue of fairness and equity for women athletes, women and girls,” adding that Republicans have “all fought to have equality in women’s sports, just like the things we did with the student-athletes bill last year.”

“We are very careful to not make it something that wouldn’t be fair to both genders. The points were made in the committee. You talk about biological advantages. If someone is transgendered, and that’s how they identify, that’s fine, but ultimately I think they should compete in the sports that they, where their biology matches,” added Rep. LaMarca

Republicans say that their efforts were to keep an even and balanced playing field in women’s sports, while detractors like Reps. Carlos Guillermo Smith and Anna Eskamani say that bill is “transphobic” and has taken issue with Republicans using the correct term of “biological males” when referencing transgender women.

Rep. Guillermo Smith, who is considered a Democratic Socialist and “militant gay activist” by some Florida political insiders, has been pushing back against the transgender bill since it was filed by Rep. Kaylee Tuck, who argued that “biological women” were at a disadvantage against transgendered women (biological males).

“The FL House just passed the worst anti-LGBTQ legislation in 23 years, expelling trans girls from team sports + prohibiting them from future participation. This outrageous + disruptive bill harms our most vulnerable. The FL Senate has not yet passed this bill. WE CAN STOP THIS,” tweeted Rep. Smith during his day-long Twitter play-by-play of the House proceedings about the bill.

Speaker Chris Sprowls pushed back against the NCAA, accusing them of trying to bully the state of Florida.

The bill still allows “biological males” who identify themselves as transgender, to continue competing in boy’s and men’s sports.

Earlier in the week, Smith questioned Rep. Tom Fabricio’s floor statement that socialism has killed thousands of individuals around the world.

“Again, Wow! These are stunning allegations that Socialism has killed people around the world. My question is, are you at all concerned that by focusing on Democratic Socialism, which has actually resulted in no deaths, no one is physically harmed, and not addressing the very real problem of neo-Nazism, white supremacy, and Fascism in the last four years, that we are sending a bad message.”- Rep. Carlos Guillermo Smith