The House on Wednesday evening passed a sweeping ethics and elections bill designed to fit their partisan agenda by seeking to dramatically overhaul the nation's election law that counters Republican efforts aimed at strengthening election integrity that was weakened during the 2020 election amid the pandemic.

The bill, H.R. 1, passed 220 to 210 with one Democrat, Rep. Bennie Thompson of Mississippi joining all Republican House members in voting against it.

However, it is seen to hit a roadblock in the Senate, with the majority of Republican Senators opposing the measure. With major opposition from Republicans, it is unlikely the Senate would obtain the 60 votes needed to advance the bill to become law.

House Democrats passed a nearly identical bill, led by Rep. John Sarbanes (D-MD), shortly after they seized back control of the lower chamber in 2019. But the House bill never came up for a vote in the GOP-controlled Senate.

Dubbed "For the People Act," it is considered the first of multiple federal voting bills House Democrats plan to bring up for a vote ahead of the once-a-decade process to redraw legislative districts that will shape which party controls Congress. The 791-page bill aims to impose a slew of new national requirements, including mandate same-day voter registration on Election Day, expand early and mail-in voting by allowing one to vote two weeks early ahead of Election Day, restore voting rights to former felons after completing their sentencing and prevent states from cleaning their voter roll database. It would also require states to include drop boxes in every state for absentee ballots drop-off while barring states from restricting the ability to vote by mail and targets partisan gerrymandering of House seats by calling for states to use independent redistricting commissions to create congressional district boundaries.

The bill also seeks to overhaul government ethics and campaign finance laws by implementing an oversight of political lobbying and preventing members of Congress from serving on corporate boards.  It will also require past and future presidents to release their tax returns.

A major component of the bill is setting up a new public financing system for federal elections to incentive small-dollar donations with matching funds paid by tax dollars. The public financing program matches small-dollar contributions by 6:1, to provide federal congressional and presidential candidates to finance their campaigns. A $100 contribution to a House candidate would accumulate a match of $600 in public funds for a total of $700. The public match program would be funded from a new 4.75% surcharge imposed on criminal and civil penalties and settlements that corporations pay to the U.S. government.

House Speaker Nancy Pelosi (D-CA) at a news appearance on the steps of the Capitol earlier before the votes insist the legislation is needed to combat voter suppression efforts from Republicans and to diminish the influence of "big dark special-interest money in politics."

"Everything is at stake. We must win this race, this fight for this bill. At the same time as we are gathering here to honor our democracy, across the country over 200 bills are being put together, provisions they’re putting forward, to suppress the vote," Pelosi said. "This is called the 'For The People' bill and in doing so, we combat big, dark, special-interest money in politics and amplify the voice of the American people."

The Biden administration this week threw its support behind the House Democrats' voting measure, calling it "landmark legislation that is urgently needed to protect the right to vote and the integrity of our elections."

President Biden said in a statement following the vote that he would work with Congress to refine and advance the bill, applauded Democrats passing the measure while promising to sign it if it passes the Senate.

"The right to vote is sacred and fundamental — it is the right from which all of our other rights as Americans spring," Biden said while touting the bill's provisions. "This landmark legislation is urgently needed to protect that right, to safeguard the integrity of our elections, and to repair and strengthen our democracy."

Republicans are blasting the legislation as an overreaching in voting laws and an attempt for Democrats to gain an advantage in statewide and federal elections. Rep. Matt Gaetz (R-FL) slammed the passage of the measure, arguing "Democrats have jeopardized the legitimacy of every future U.S. election."

"For all their accusations about Republicans harming Democracy, House Democrats have jeopardized the legitimacy of every future U.S. election by passing H.R. 1. It erodes the verification process in voting, literally banning state-enacted photo ID safeguards," Gaetz tweeted in a series of thread posts. "House Democrats apparently think voting is less worthy of identity protection than boarding aircraft or buying cigarettes"

Gaetz added, "Election fraud should be investigated, not legitimized through the provisions of this legislation that legalize ballot harvesting and ensure a growing, unmanageable universe of mail ballots."

Rep. Bryon Donalds (R-FL) during a House floor debate ahead of the vote argued that individual states, not Washington should decide their own election laws, and if they want to federalize it, it should mimic Florida election laws.

"This is really just a takeover of elections by Washington D.C," Donalds said. "Most of these things would basically eviscerate Florida's election law. Our state was a state that went through hanging chads in 2000, and we've made the adjustments systematically in the state legislature to make sure that Florida has the very best election laws in these United States. You see on election night, November 3, we were begun counting around 9:30 and we knew the results by 10 o'clock."

"We have absentee ballots. We have voter ID. We have early voting. And we have a robust count system on election day. The people of Florida have never been disenfranchised when it comes to elections. The people of Florida have come accustomed to having a voter system that works. And this body what it's trying to do with H.R.1 is completely destroyed Florida's election laws. That is, to me, ridiculous. This Capitol should never allow that. If we're going to do anything we should replicate what Florida has actually done," Donalds added.

H.R. 1 would eviscerate state election laws around the country, including in my state of Florida. The Democrats are all about imposing the federal government's hand in everyone's life, which needs to end, especially in our election system.

Former President Donald Trump took aim at the bill during his remarks at the Conservative Political Action Conference (CPAC) in Orlando, Florida last weekend, calling it a "monster" that "must be stopped."

"Nancy Pelosi and the Democrats in Congress are racing to pass a flagrantly unconstitutional attack on the first amendment and the integrity of our elections known as HR 1," Trump said. "Their bill would drastically restrict political speech, empower power the federal government to shut down decent. And turn the Federal Election Commission into a partisan political weapon. In addition, it virtually eliminates voter ID requirements nationwide, effectively ends all registration deadlines. Requires States to give ballots to felons, automatically registers every welfare recipient to vote, and puts unaccountable unelected bureaucrats in charge of drawing congressional districts.

"That’s going to be a lot of fun. This monster must be stopped. It cannot be allowed to pass," Trump added. 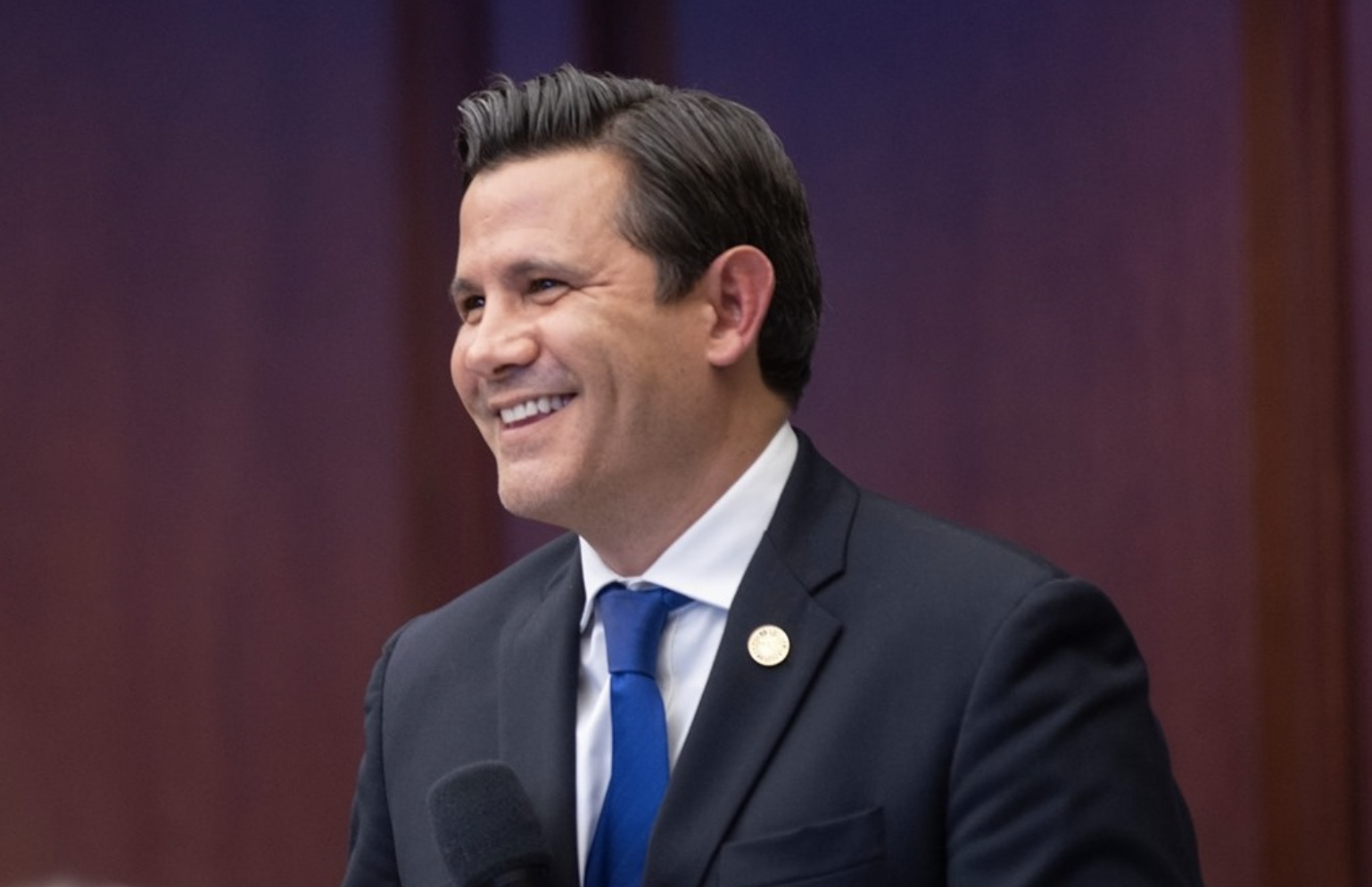