Former President Donald Trump blasted President Joe Biden for claiming that he left the White House with no vaccine,” saying his successor is either “mentally gone” or “not telling the truth” when he made those remarks.

Speaking to Newsmax on Wednesday, Trump was asked by host Greg Kelly if he had “actually caught Joe Biden on the CNN Town Hall” Wednesday night.

“Well, I saw that he said there was no vaccine when he came into office, and yet he got a shot before he came into office,” Trump told Newsmax. “It was already in early November when we announced it, but we actually had it substantially before that.”

“And we were giving millions of shots and millions of doses. So he’s either not telling a truth, or he’s mentally gone, one or the other,” Trump added.

During a CNN presidential town hall event on Tuesday, Biden told the audience, “And the biggest thing, though, as you remember when you and I talked last, we talked about — it’s one thing to have the vaccine, which we didn’t have when we came into office.”

Just minutes before arguing there were no vaccines when he entered office, he initially told CNN’s Anderson Copper that there were literally “10 million doses a day that were available.”

“We got into office and found out the supply — there was no backlog.  I mean, there was nothing in the refrigerator, figuratively and literally speaking, and there were 10 million doses a day that were available.”

He also told Cooper that he entered office “there was only 50 million doses,” available, gloating that by the end of July his administration will have over 600 million doses that will be enough to vaccinate every single American.

His dubious claims were left uncorrected by Cooper and CNN’s own fact-check reporter refuses to double-check the statement, despite making it their mission to falsely fact-check every statement Trump ever said religiously. CNN rushed to Biden’s defense, stating the president “wasn’t trying to claim the vaccine did not exist at all under Trump,” while others from the mainstream media claiming the president’s remark was “a typical Biden gaffe.“

Trump noted that Biden is “being killed on that whole thing” from both sides of the aisles over the vaccine remarks.

“Joe Biden is being killed on that whole thing because even the haters said ‘well wait a minute you know this vaccine was announced long before,’” Trump said. “I believe he got the shot, sometime before January 20, which was Inauguration Day. So he made the statement that we had, like, literally quote we had no vaccine when he came into office and he is getting lit up by that one because even the bad ones even the ones that aren’t exactly fans are saying that was a bad statement. So, I don’t know, maybe let’s give them the benefit of that, could he be joking, because frankly that was a very dumb statement.”

Biden received his first dose of the COVID vaccine from Pfizer-BioNTech that was televised live on December 21. The president received the second dose on January 11, at the same time almost ten million Americans had already been vaccinated.

Since vaccine distribution began on Dec. 14, more than 55 million vaccine doses have been administered, reaching 11.5 percent of the total U.S. population, according to data from the Centers for Disease Control and Prevention.

Under Trump, vaccination distribution was rapidly increasing before Biden even stepped foot into the White House. According to Bloomberg News vaccine U.S. data tracker, the day Biden was sworn in on Jan. 20, a record high of 1.6 million vaccinations was administered. The data also shows that 1.3 million shots were administered on Jan. 11 and that 1.1 million were inoculated both Jan. 14 and 15.

Trump also told Kelly he wants to remain “somewhat quiet” since being ban from numerous social media platforms towards the end of his presidency, but noted it “hasn’t been that quiet,” implying the latest attempts from Democrats to impeach him for the second time in one year.

Twitter took the unprecedented step of banning Trump last month shortly after the Jan 6 attack of the U.S. Capitol, saying it was permanently suspending Trump “due to the risk of further incitement of violence.”

“I understand on Twitter, it’s become very boring and millions of people are leaving. They’re leaving it because it’s not the same, and I can understand that,” Trump said. “Twitter, we are looking at a lot of different things, but I really wanted to be somewhat quiet.

Trump to speak at CPAC 2021 In Florida Next Week 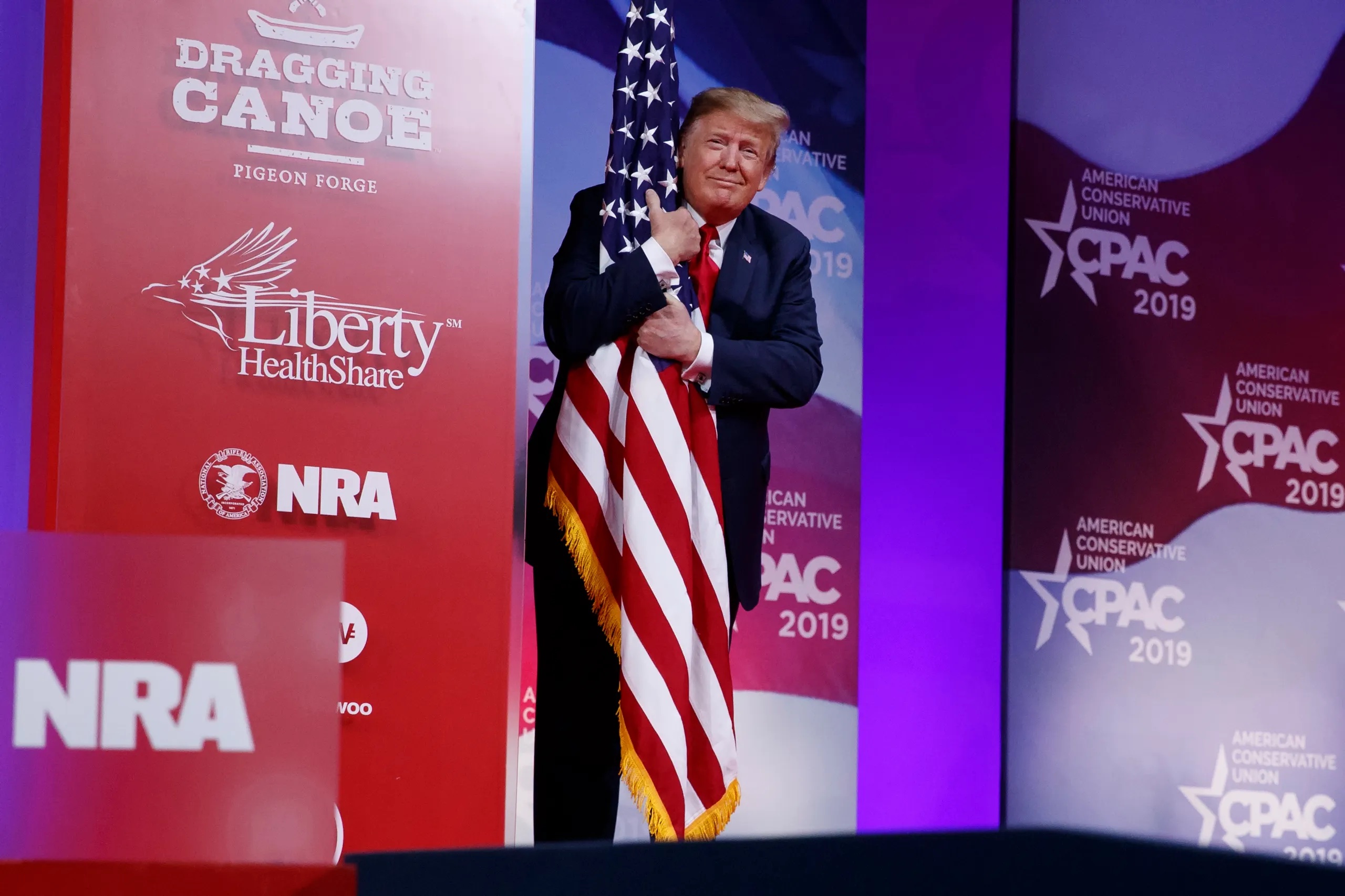