Top Republicans from across the political spectrum immediately commemorated influential conservative talk-radio icon Rush Limbaugh following the news of his passing Wednesday from lung cancer at the age of 70.

Many lawmakers praised Limbaugh as a “revolutionary giant” and “icon” who helped play a key role in amplifying conservative messaging over the last three decades.

“He would just talk for two hours, three hours, just talk and that’s not an easy thing to do,” Trump said. “And I once asked him, I said do you study for the show? And he said actually, ‘I study very hard. … That, a little bit, surprised me. But he was a fantastic man, a fantastic talent.”

“He is a legend. He really is. There aren’t too many legends around. But he is a legend,” Trump said. “And those people who listen to him every day, it was like a religious experience for a lot of people,” Trump added.

“While he was brash, at times controversial, and always opinionated, he spoke his mind as a voice for millions of Americans and approached each day with gusto,” Bush said in a statement. “As he battled hearing loss and cancer late in life, he was sustained by the support of friends and family, his love of sports and rock ‘n’ roll, and his belief in God and country. Rush Limbaugh was an indomitable spirit with a big heart, and he will be missed.”

“Rush was a giant. We will miss his clarity on the airwaves and the kindness he brought to those around him,” Rep. Matt Gaetz (R-FL) tweeted. “We wish his family comfort in these difficult times.”

Rush was a giant. We will miss his clarity on the airwaves and the kindness he brought to those around him.

We wish his family comfort in these difficult times.

Rep. Bryon Donald (R-FL) praised Limbaugh for being an “unapologetic conservative” whose voice not only “touch the hearts and souls of millions of Americans,” but “spoke truth to power.”

Rush had a way of speaking not only for himself but for the forgotten men and women who never had a voice—Rush was our voice. He was an unapologetic Conservative and, more importantly, unapologetically American. Rest In Peace.

Rep. Greg Steube (R-FL) saying Limbaugh “was a blessing” to the conservative movement and his voice that “will never be able to replace.”

Rush Limbaugh was a blessing to our nation and the conservative movement. We will never be able to replace his voice, but we will be forever grateful for his legacy and lasting wisdom.

May he rest in eternity with our Lord and Savior Jesus Christ.

Rush Limbaugh was a patriot who transformed talk radio in this country. As someone whose life has been touched by cancer, I can only imagine the pain of his family and loved ones. Lourdes and I extend our sympathy and condolences to Rush's family.https://t.co/IxnssnwTLV

“Rush Limbaugh gave life to talk radio in America and was often a voice for the voiceless. He was an instrumental conservative and pioneer. Rest in Peace,” Rep. Mike Waltz (R-FL) tweeted.

Rep. Jim Jordan (R-OH), a founding member of the House Freedom Caucus called Limbaugh an “icon, patriot and American hero,” who was one of the “greatest radio host of all-time.”

“Rush Limbaugh was an icon, patriot, and American hero. No one fought harder for freedom and liberty. The greatest radio host of all-time will be missed by millions. God bless his family,” Jordan tweeted.

“RIP to a legend and a patriot, Rush Limbaugh. Not many people can say they revolutionized and stayed at the top of an industry the way he did. My condolences to his family,” Sen. Rand Paul (R-KY) tweeted.

RIP Rush, you will be missed.

Thank you for your legendary impact on so many Americans!

Rep. Burgess Owens (R-UT) tweeted, “Rush Limbaugh was an invaluable voice for the conservative movement and left an extraordinary mark on this country. My prayers are with his wife Kathryn and the entire Limbaugh family during this difficult time.”

Rush Limbaugh was an invaluable voice for the conservative movement and left an extraordinary mark on this country. My prayers are with his wife Kathryn and the entire Limbaugh family during this difficult time.

Rush Limbaugh was a generational media trailblazer. He gave a voice to millions of conservative Americans whom the mainstream media had not even tried to represent. His impact is impossible to overstate. May he rest in peace.

Sen. Marco Rubio (R-FL) said Limbaugh was a “trailblazer” and a “larger-than-life figure in American politics.”

“Rush Limbaugh was a trailblazer, a larger-than-life figure in American politics who transformed talk radio and helped define the conservative movement for more than three decades,” Rubio said in a statement. “Our prayers are with Rush’s family, friends, and all those he helped throughout the years as they mourn his passing.”

Rush was a patriot and a lion-hearted defender of freedom.

He was a conservative leader and media icon who forged a path in radio that had not been tread before, giving a voice to millions of conservatives who listened to his show every day for three decades.

Sen. Josh Hawley (R-MO) called the native Missourian, “a voice for the voiceless.”

“He changed talk radio, but more importantly, Rush changed the conversation to speak up for the forgotten, and challenge the establishment,” Hawley said in a statement. “He lived the First Amendment and told hard truths that made the elite uncomfortable but made sure working men and women had a seat at the table. Erin and I are praying for the Limbaugh family.”

Sen. Tom Cotton (R-AK) called Limbaugh a “one-of-a-kind” radio “giant,” due to “his straightforward, simple articulation of conservatism.” he inspired millions. He was one-of-a-kind and he will be missed.”

Rush Limbaugh was a giant. With his straightforward, simple articulation of conservatism, he inspired millions. He was one-of-a-kind and he will be missed.

Sen. Lindsey Graham (R-SC) in a series of tweets shared a story the first time he met Limbaugh.

Rush was a thought leader and passionate advocate who could throw a punch and take one too.

I had the pleasure of getting to know him personally on the golf course and cherish my time with him.

Florida Gov. Ron DeSantis called Limbaugh a “‘GOAT’ (Greatest Of All Time) of radio, of conservative media, and of inspiring a loyal army of American patriots.”

.@FLCaseyDeSantis and I are saddened to learn of the passing of fellow Floridian and our friend, Rush Limbaugh. My statement ⬇️ pic.twitter.com/L4GuZZNhfy

There was little reaction from the Democratic side to news of Limbaugh’s death. While some stood silent, many progressive celebrities disgustingly celebrated the news.

White House press secretary Jen Psaki when asked if President Biden would release a statement, said she doesn’t “anticipate” one but offered condolence on behalf of the president.

“I don’t know that I anticipate a statement from the president, but I can certainly pass on his condolences and expression of support for the family,” Psaki said during her daily White House press briefing Wednesday.

In his final live show on EIB Network Feb 2, Limbaugh closed his show discussing Biden destroying blue-collar workers due to his latest executive order in ending the Keystone XL pipeline construction that has cost over 11,000 jobs.

“What do you think the Democrat Party is? It’s clear as a bell they have no desire to enhance your life. They’re taking jobs away from you,” Limbaugh said. “This is what Biden and his administration are hell-bent on doing. They want you to become dependent on them, a ward of the state. You’re not supposed to have enough power to oppose them.” 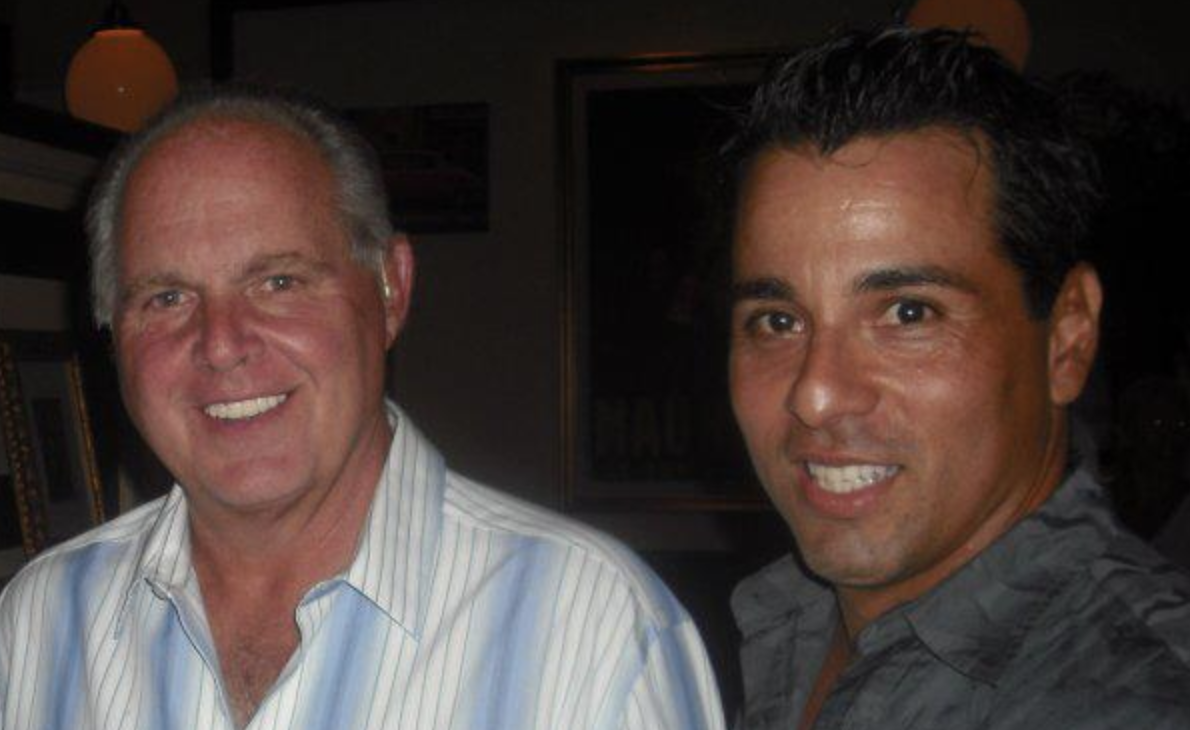