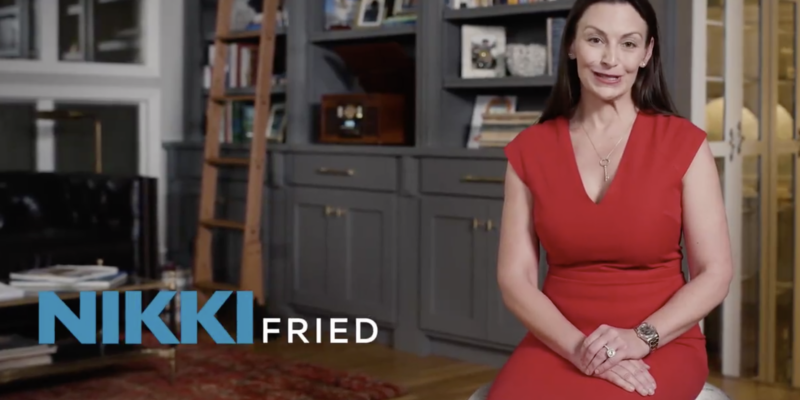 Appearing on CNN’s “New Day” morning program, Agriculture Commissioner Nikki Fried doubled-down on her assertion that the late Conservative Radio Show host Rush Limbaugh was a bigot and conspiracy theorist, and told host John Berman that she was “not their yet” in announcing her run against Florida Gov. Ron DeSantis.

Commissioner Fried restated that “the American flag should not be used and cannot be used as a political profit by Governor DeSantis,” adding that Gov. DeSantis “bending over backwards to honor a radio host who spent his entire career talking hate speech and talking bigotry and division and conspiracy theories.”

Fried also mentioned that local Democratic mayors and “other leaders across the state of Florida” here follower her lead in refusing to lower the flag for Rush Limbaugh.

Again, Fried mentioned the existing state protocol for lowering the flag to half-staff, but that protocol does not prohibit a sitting governor from not lowering it for anyone he or she seems fit to lower it for.

Host John Berman picked up on what Fried said about the Florida state flag protocol,  and said that his “reading of the provisions of the state flag lowering is there a number of criteria, but people can petition the governor and the governor can decide to do so if he or she wants that may be a side issue.”

Berman then asked the question every Floridian has been waiting for Fried to answer: Will she run for governor in 2022?

Berman: What are your plans in terms of running for governor against Ron DeSantis in 2022?

Fried: You know John every single day it is becoming more and more clear that we have to get rid of governor DeSantis.

And as the only statewide elected Democrat in the state of Florida there are a lot of people who are coming up to me and telling me that I’m one of our best shots, so we're certainly looking into it again it's becoming clearer every single day that we need to make sure that Governor DeSantis is a one term governor and that we end this hatred in our state in 2020.

Berman: That sounds close to a yes?

Fried: We are not there yet.

Murphy: U.S. Must Be "Vigilant Against Terrorism" and Chinese Threat