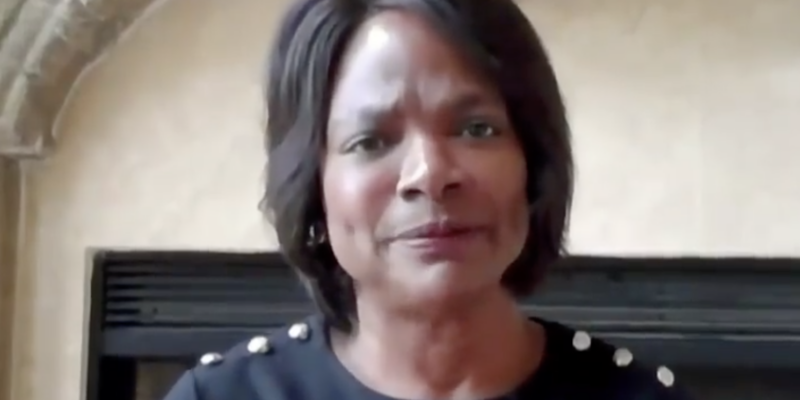 As the criminal investigation against President Donald Trump (R) moves forward with court proceedings taking place next week, Florida Rep. Van Demings (D) has "more questions than answers" regarding the accountability that President Trump’s supporters should carry after the storming of the Capitol on January 6th, 2021.

Republican lawmakers have argued that the investigation against President Trump and the censorship that has been brought upon some conservative views does not align with President Joe Biden’s (D) call for the nation to be united, but lawmakers like Florida Rep. Val Demings believes that said lawmakers are just as complicit in the Capitol riot.

During an interview with the Washington Post, Rep. Demings shared that she was in “disbelief” when seeing the riot unfold. Resulting in deaths and multiple injuries, “we still have more questions than answers,” Demings commented, adding that “we need to make sure we know everybody that was involved whether that’s inciting the riot, participating it, or funding it, everybody who had some role on that day needs to be held accountable.”

.@RepValDemings says everyone who was involved in the attack on the Capitol needs to be held accountable. "We are pleased that there are multiple investigations going on but we need to make sure we know everybody that was involved." https://t.co/TzANBiBXbS pic.twitter.com/V1jizuUgVc

As well, Demings was asked about the infighting that Republicans have faced as a result of the riot on January 6th. Since then, Republicans have been at odds regarding the future of the party and whether or not the GOP should be supporting President Trump. That has caused tension to rise against Rep. Liz Cheney (D). She holds a leadership position in the party, and she voted to impeach the President while in office. This has led to some members within the GOP, like Florida Rep. Matt Gaetz (R), to voice their support for ousting her from her leadership position.

In short, Demings commented that Cheney is “on the right side of history.”

.@RepValDemings says of her Republican colleague Rep. Liz Cheney: "She's on the right side of history" #PostLive