The push to have the state park rename is simply (incredibly) because President Trump announced that he would be sitting a new justice after Justice Ginsburg had passed.

“There is no one who hated Justice Ruth Bader Ginsburg more than Donald Trump,” reads the fundraising email from a Progressive organization based out of Chicago.

Meanwhile, Trump’s legal team is uncovering a massive amount of voter fraud in Arizona, Michigan, Wisconsin, and Pennsylvania. Can you imagine if the case is made in front of the Supreme Court to overturn the election, or at the very least, overturn elections in those aforementioned states?

Democrat heads will explode and Black Lives Matter and ANTIFA will start rioting and vandalizing. You can bank on it. 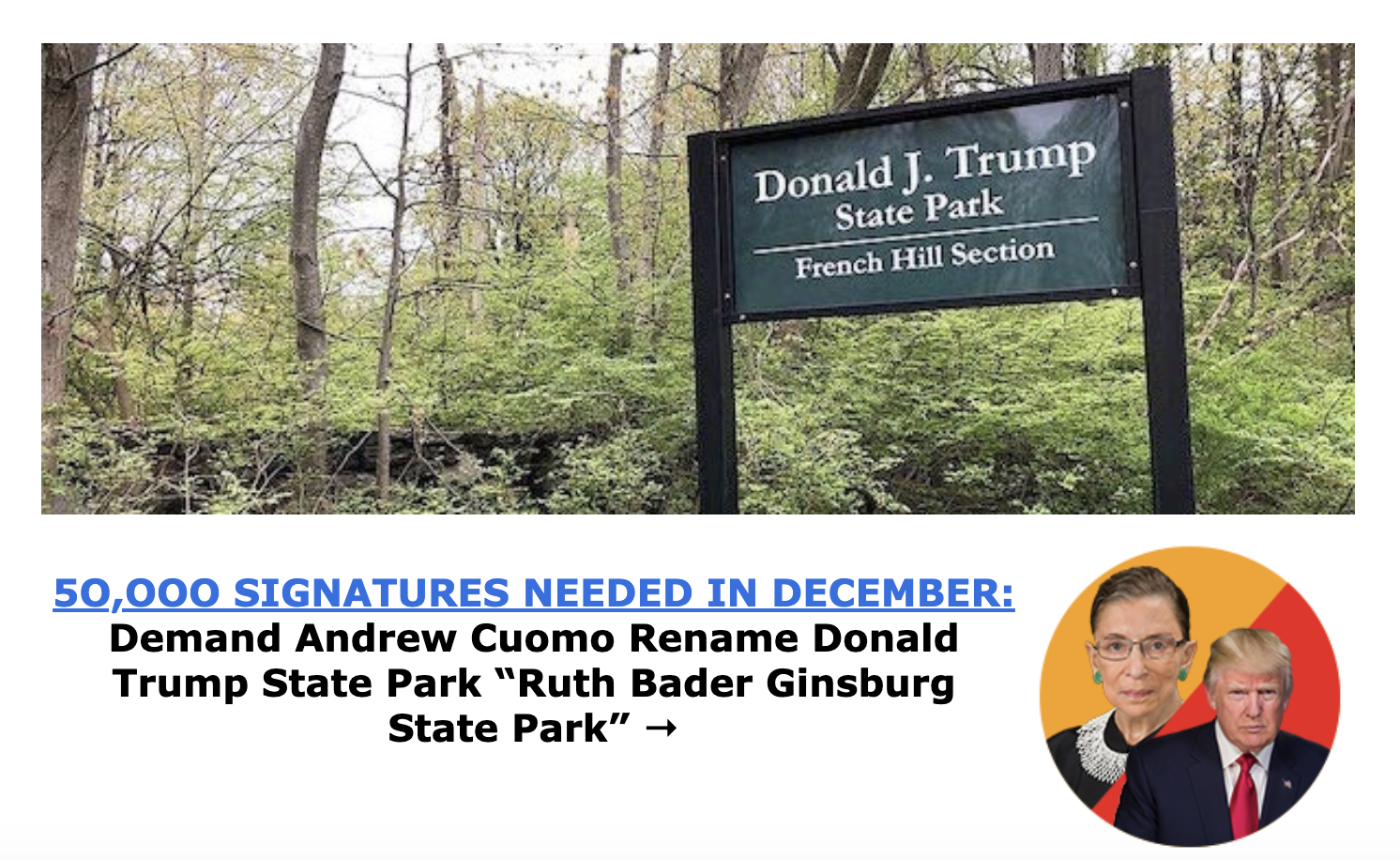 53% of Floridians Worried of Catching COVID-19