The Trump campaign on Friday dropped a lawsuit in Arizona seeking to review every ballot that was cast on Election Day, a day after news outlets officially called Arizona for Democratic candidate Joe Biden.

In a court filling in Phoenix, Trump campaign attorney Kory Langhofer stated that the number of ballots involved made the dispute moot to matter in the presidential race. Evidence brought forth by Maricopa County election officials showed 191 votes for the president were only affected with 961 over-votes in partisan races.

“Since the close of yesterday’s hearing, the tabulation of votes statewide has rendered unnecessary a judicial ruling as to the presidential electors,” Langhofer wrote in the filing. Two down-ballot races could still potentially be affected — Board of Supervisors in Maricopa County, and for a state Senate seat, “remain at issue.”

The case was being heard the same time major news outlets projected Biden the winner of Arizona, leading President Trump by 11,034 of the votes with 99% reporting. About 16,000 ballots are left to count across the state.

Lawyers from the Trump campaign filed the lawsuit last Saturday asking the judge to order over-votes cast on Election Day in Maricopa County to be re-examined. Over-votes are defined where a voter selects two or more candidates for a specific race or column on the ballot.

Langhofer told the judge that the lawsuit challenges that “up to thousands” of votes for Trump and other GOP candidates may have been wrongfully rejected as over-votes. They also clarified that they are looking to diminish the integrity of an election by alleging fraud with the over-vote errors.

Some Arizonian voters feared that their confusion casting their ballot on election were not counted due to the vote tabulation machines classified their ballots as over-votes. Three Trump voters testified that they voted for only one person in the presidential race but due to poll worker interference without explaining the consequences of pressing the override button after their ballots were spitting out of tabulators. They came forth and wondered whether their votes were counted citing they weren’t given the option as claimed by Attorneys for the county of submitting the one the machine rejected where other votes on the ballot will be cast leaving the section counted as an over-vote or filling out another ballot.

Attorneys for the county election officials as well as attorneys defending the Arizona Democratic Party and Secretary of State Katie Hobbs urged the judge to reject the request brought forth in the lawsuit due to the Trump campaign failure to prove systematic errors in the way poll workers handled ballots that were rejected by tabulation machines.

“Government employees, be they Republicans or Democrats or independents, have no business looking at the results of elections to determine how to treat ballots,” an attorney represents Maricopa County Board of Election said.

Scott Jarrett, Director of Election Day and Emergency Voting, testified on behalf of the county election board stated that the green button issue wasn’t raised by the Trump campaign on Election Day and was only raised when Arizona Republicans began accusing Democrats broadly of trying to steal the election.

They also argue that President Trump and his team are in reality seeking a recount of the whole state votes. The campaign lawyer disputed that, stating said they only seek a recount of the ballots that were never tabulated.

Arizona doesn’t allow a recount unless the margin between candidates is 200 votes or less, or one-tenth of 1% of the votes cast. If Trump garnishes 60-70% of the 16,000 ballots left to count, the possibility of a recount would occur as he would be in the one-tenth of the 1% margin.

Hobbs’ office called the challenge filed by the Trump campaign a repackaged version of the now-dismissed #Sharpiegate lawsuit over the use of markers to complete Election Day ballots in Maricopa County. Her office said Trump’s lawsuit in Arizona was aimed at sowing confusion and undermining the democratic process.

A Trump campaign spokesman said the campaign continues to explore its options in Arizona, and that “in-person voters, who were likely predominately Trump voters, were disenfranchised by having their votes kicked out by the machines in Maricopa County.”

“All parties acknowledge that in-person voters, who were likely predominantly Trump voters, were disenfranchised by having their votes kicked out by the machines in Maricopa County, so for Democrats to celebrate that fact is shameful,” Tim Murtaugh said in a statement. “We continue to explore President Trump’s options in Arizona.”

In Michigan, Chief judge of Wayne County Circuit Court Timothy Kenny rejected a suit brought by two poll challengers who claimed to have seen irregularities that allowed invalid ballots to be counted as they were seeking to block certification of the election results in Wayne County. He rejected the allegations brought forth, ruling that the claims that ballot-counting there was plagued by widespread fraud were groundless.

Kenny said the allegations “did not have a full understanding” of the vote-counting process and their “interpretation of events is incorrect and not credible.”

Meanwhile, in a federal appeals court, four Pennsylvania voters and a GOP candidate lost their challenge to the state’s extended mail-in ballot deadline after the court held that changing the rule now would do “more harm than good.”

The Trump campaign has brought multiple lawsuits in the five key battleground states with some of those challenges being tossed out by Obama appointee judges within hours of filing. Pennsylvania has the most challenges the campaign has sought and is awaiting decisions on some that are still pending. 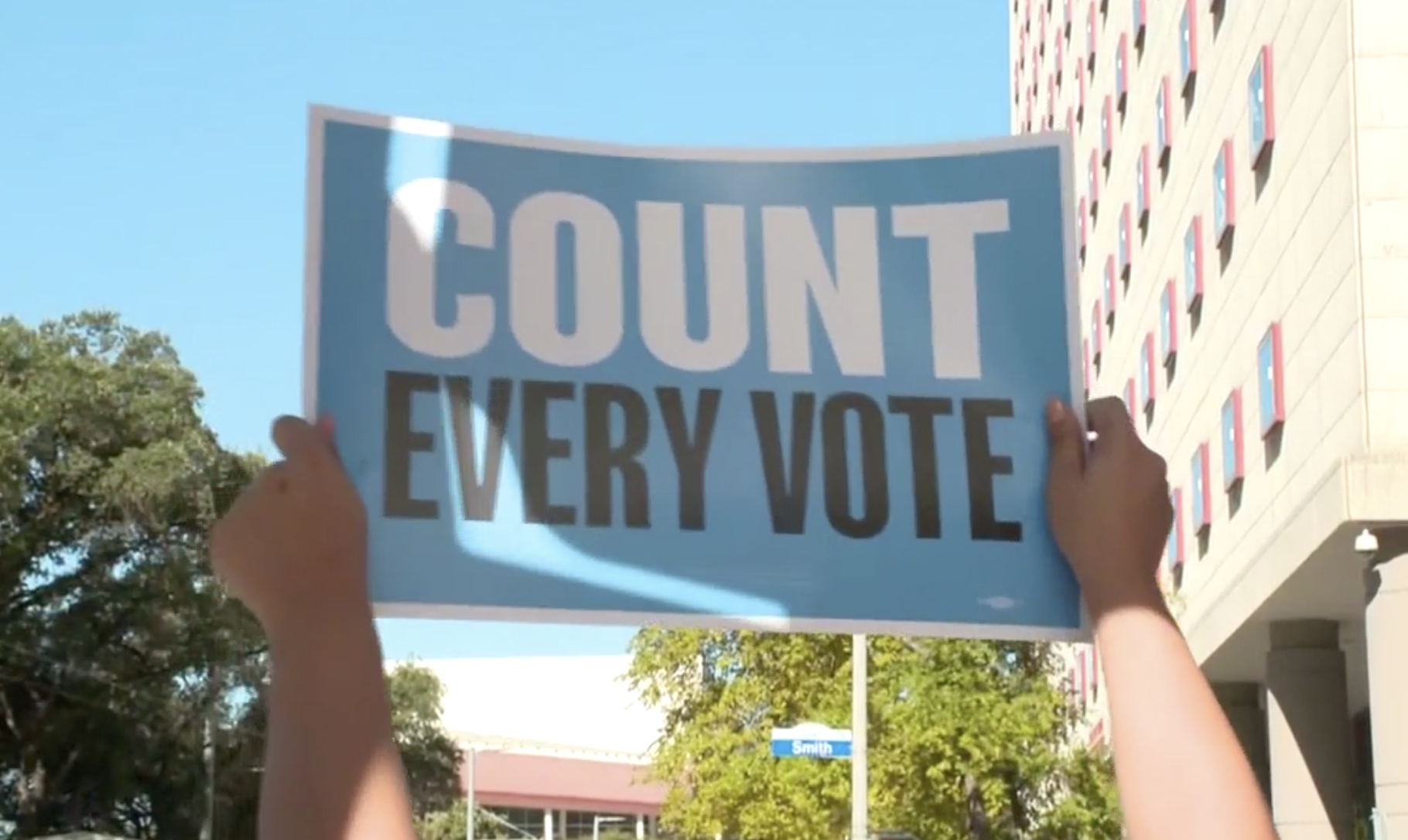