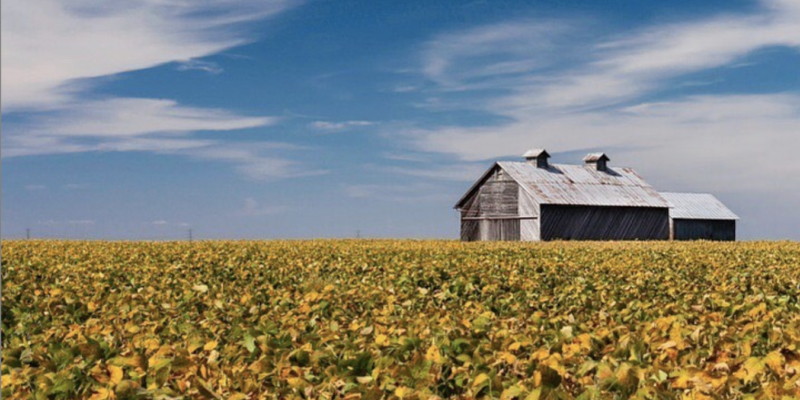 With Republicans making big gains across the country on Election Day – with one major exception at the top of the ticket – it is clear that the biggest winners this year were the American workers.

Americans voted in great numbers in opposition to the progressive/socialist agenda of the Democratic Party. In Florida, this was seen particularly in Miami-Dade County, where working-class Hispanic voters led the charge against candidates supporting the broken policies that have resulted in relaxed foreign trade and sent American jobs overseas. As a result, in 2020, President Trump lost Miami-Dade County by only 7 points compared to 29 points against Hillary Clinton four years ago. In other races, Democratic candidates such as Congresswoman Debbie Mucarsel-Powell and state representative Javier Fernandez lost.

In recent years, jobs like those held by farmers, electricians, welders, truck drivers, and others tied to domestic economic activity have been at risk due to the progressive agenda that Democrats have put forth.  COVID-19 has altered perceptions this year, with many of these “essential” jobs now properly recognized as highly valuable to American survival and quality of life. According to the US. Cybersecurity and Infrastructure Security Agency (CISA), the following were deemed part of our nation’s critical worker infrastructure, and as a result never stopped working despite progressives’ calls to shut down the economy: medical and healthcare, telecommunications, information technology systems, defense, food and agriculture, transportation and logistics, energy, water and wastewater, and law enforcement.

With voters seeing the importance of these jobs during the global pandemic, it’s no wonder they voted to support candidates that are supportive of American workers rather than progressive policies that result in job-crushing tax hikes and trade policies that favor foreign countries.

In Florida, agriculture alone accounts for $140 billion and supports more than 2 million jobs. Farming groups in Florida believe the recent election as well as the pandemic could result in more policies that further empower Florida farmers. “COVID-19 has made clear that agriculture is essential,” said Adam Basford, Director of Legislative Affairs of the Florida Farm Bureau Federation. “Based on the Congressmen, Senators and Representatives elected this cycle, it is clear that Florida voters want to advance policies that support American farmers, create American jobs and provide for American families.”

According to the Florida Cattlemen’s Association, the recent election sent a decisive message. “On Election Day, the American people spoke to what they believed is most important,” said Sam Ard, Director of Governmental Affairs for the Florida Cattlemen’s Association. “They voted to protect everyday Americans, support their jobs and defend their livelihoods. Our ranchers work hard every day to ensure there is food in stores and on tables across the country. We look forward to strengthening support in new policy measures and continuing to nourish the nation.”

Advocates for jobs in Florida’s energy sector also agree. A 2017 study by the Florida Petroleum Council found oil and natural gas supports 266,800 jobs in the state and contributed $22.06 billion to the state’s economy.

“The message sent by voters on Election Day was clear: Americans want policies that support American jobs, not threaten them,” said Kevin Doyle, Florida Executive Director of Consumer Energy Alliance, which advocates for reliable and affordable energy for small businesses, manufacturers, farmers and families.  “Workers in the energy sector including those in oil and natural gas production as well as those in trucking jobs help to create the backbone of our nation’s economy, and without them, America will be forced to depend more on other countries for its energy security.”

While down-ballot races resulted in a wave of candidates supporting policies that benefit American workers, the possibility of a Biden Administration will cause some to worry about what policies it would pursue that could go back to Obama-era trade and economic policies favoring foreign governments.

All of the gains made under the Trump Administration would be erased if a President-elect Joe Biden pushes the extremist energy and trade agenda that many believe he supports. Biden would be ignoring the message sent by voters at his own peril.