One of the most widely watched congressional “Toss-up” races in the country is the contest between Rep. Debbie Mucarsel-Powell (D) and Miami-Dade Mayor Carlos Gimenez (R) in Florida’s 26st District, a race that many politicos believe will be decided along partisan political lines.

Rep. Mucarsel-Powell won her congressional race in 2018 against then-Rep. Carlos Curbelo (R) by running a very centrist campaign, where she narrowly beat the sitting member of Congress by 1 percentage point.

Since being sworn into office, the National Republican Congressional Committee (NRCC) and Republican operatives have been painting Mucarsel-Powell as a far-left legislator that has voting in line with Speaker Nancy Pelosi and the now-infamous “Squad” that is comprised of Reps. Ilhan Omar, Alexandria Ocasio-Cortez, Ayanna Pressley, and Rashida Tlaib.

Mucarsel-Powell was recently questioned about that very same voting allegation made against her on the popular Local 10 Sunday morning show “This Week in South Florida” hosted by Veteran political reporters Michael Putney and Glenna Milberg.

Milberg: One of the criticisms that we here about you as a member of Congress is that you are pretty partisan and vote a straight Democratic line… How is that going to play…?

The freshman congresswoman reiterated that the allegations were “completely false” and qualified her defense by stating that she has worked with Republican members of Congress like Reps. Francis Rooney and Brian Mast, who she said worked with her on legislation to protect coral reefs and support Everglades restoration.

Mucarsel-Powell then listed legislation she has voted on, legislation that addresses gun violence, reduces premiums for the Affordable Care Act, Everglades Restoration, and prescription drug prices.”

“Those are the bills that I have been voting for,” said Mucarsel-Powell. I would tell my voters, everyone in the district, to not really listen to these desperate false attacks. They do this to misinform, to confuse. Go and look at my record and you’ll see what I stand for and I will continue to fight for the people in my community.” 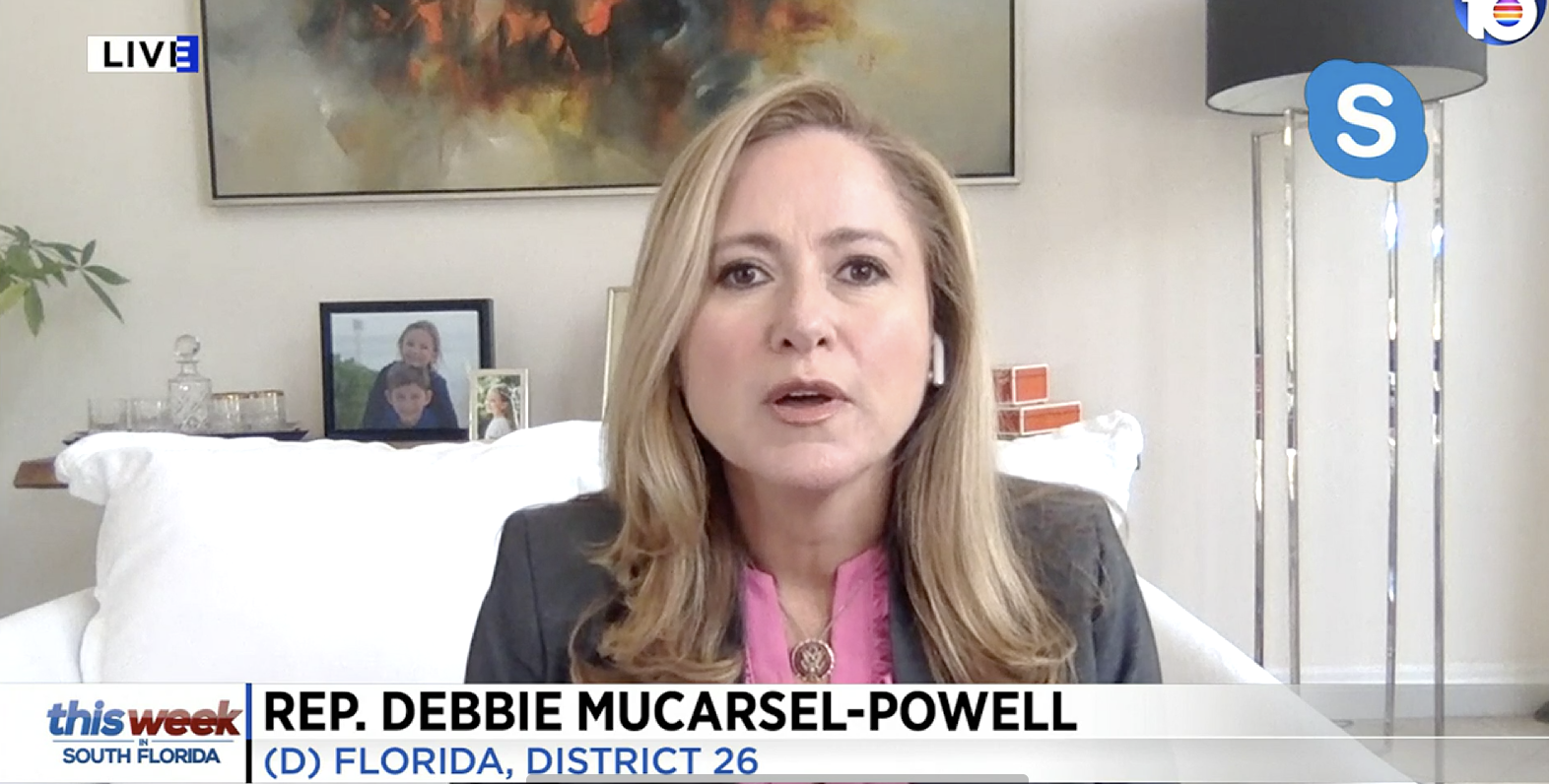 Mucarsel-Powell suggests that voters not “listen” to the “desperate false attacks” and misinformation, but when we took another look, a closer look at her record, the allegation that she has voted along a “partisan” and “a straight Democratic line” is accurate.

According to the Independent, non-partisan ProPublica website, as of September 17th, 2020, Mucarsel-Powell has voted alongside Speaker Nancy Pelosi on every single bill that has been presented for a vote on the floor of the House 116th Congress.

When we compared her voting record with that of the four members of the “Squad,” Mucarsel-Powell’s voting record showed that she voted inline with them over 93 percent of the time.

Floridians can expect to see a heavy serving of political ads attacking Mucarsel-Powell’s very Democrat-leaning voting record by the Gimenez campaign, NRCC, and President Trump in the days and weeks to come.