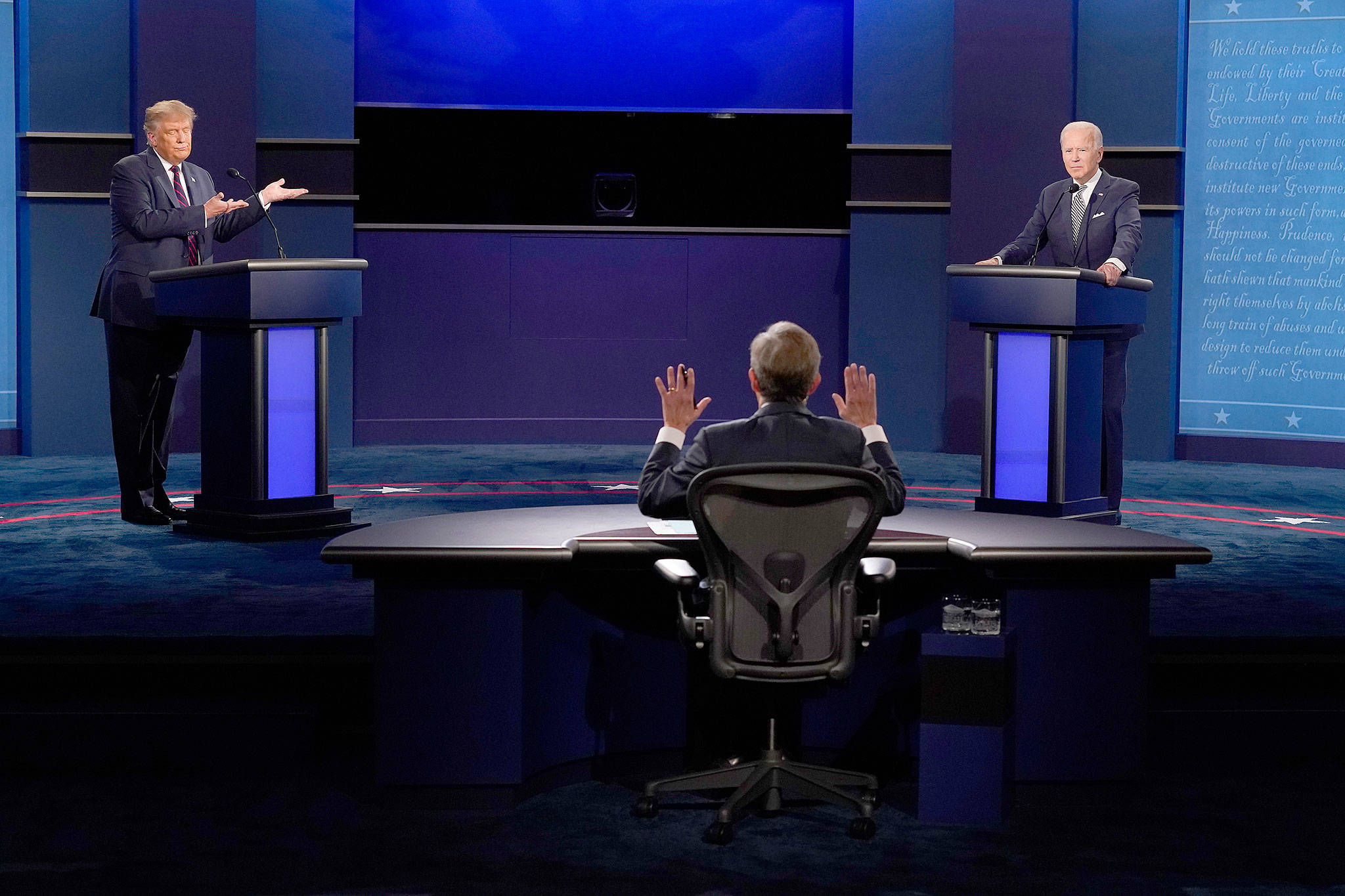 Democratic nominee Joe Biden refused to answer the question during the first presidential debate Tuesday night as to whether he would support “packing” the Supreme Court if elected President and the Senate Republicans confirms President Trump’s nominee Amy Coney Barrett.

“If Senate Republicans go ahead and confirm Justice Barrett there has been talk about ending the filibuster or even packing the court, adding to the nine justices there. You call this a distraction by the President. But, in fact, it was brought up by some of your Democratic colleagues in the Congress,” Debate moderator and Fox News anchor Chris Wallace asked Biden. “My question to you is, you have refused in the past to talk about it, are you willing to tell the American people tonight whether or not you will support either ending the filibuster or packing the court?”

“Whatever position I take on that, that will become the issue,” Biden replied. “The issue is the American people should speak. You should go out and vote. You’re in voting now. Vote and let your senators know how you strongly you feel.”

Trump seized on Biden’s response, repeatedly asking the former Vice President if he was “going to pack the court,” and noting that Biden would add “radical leftist” judges.

“Are you going to pack the court?” Trump interjected. “He doesn’t want to answer the question.

“Why wouldn’t you answer that question? You want to put a lot of new Supreme Court Justices. Radical left. Who’s on your list?” Trump continued to ask Biden.

Biden would continue to deflect answering Trump’s questions, leading to him snapping by telling the President to “shut up man.”

“I’m not going to answer the question because the question is … will you shut up, man?” Biden said. “This is so un-Presidential.”

“The people understand, Joe,” Trump shot back. “47 years, you’ve done nothing. They understand.”

Biden has long opposed in the past the idea of court-packing. During the Democratic primary, Biden stated such action would cause Democrats to “lose control” and to “lose any credibility the court has.”

But recently in the wake of Justice Ruth Bader Ginsburg’s death, Biden was again asked about the idea Democratic Senators have floated in packing the court. He responded that he wasn’t going to answer the “legitimate question.”

“It’s a legitimate question but let me tell you why I’m not going answer that question because it will shift the focus,” Biden told a local Wisconsin reporter a week ago. “That’s what [Trump] wants, he never wants to talk about the issue at hand and he always tries to change the subject. Let’s say I answer that question, then the whole debate gonna be about what Biden said or didn’t say.”

CBS News host John Dickerson confronted Harris, saying Biden’s non-answer sounded like a “straight-up dodge” and asked why he refuses to talk about it.

In the second interview with CNN, host Jake Tapper would also confronted Harris on the idea of adding seats to the Supreme Court, flatly asking if it’s an idea she’s “willing to think about” but Biden’s running mate was noncommittal once again.

“We are 35 days away from an election that is probably the most important election of our lifetime and our children’s lifetime, and there is nothing about these next 35 days that Joe or I will take for granted,” Harris told Tapper. “The Republican leader of the Senate together with Donald Trump are, in the spirit of hypocrisy, trying to push through a nominee while the American people are voting.”

Harris added that she and Biden would “deal with later, later.”

Tapper ended the interview noting that Harris “also declined to answer” the question about adding seats to the Supreme Court telling another CNN commentator that he “don’t really understand why they won’t answer that question.”