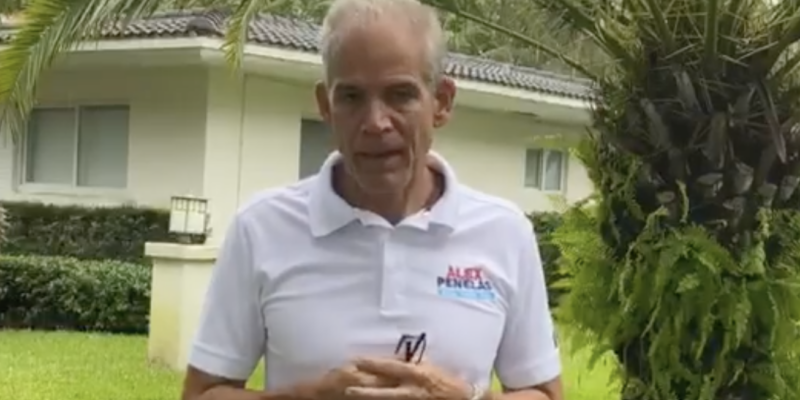 The mailing states that Bovo is “under investigation,” is using campaign dollars from Dictator Nicholas Maduro to fund attacks against his opponents, and that former Rep. David Rivera is consulting his campaign.

Penelas’ mailer stems from a $500 donation Rivera gave to the Bovo campaign, money that Democrats called ‘dirty’ and tainted after it was discovered that Rivera received millions of dollars in lobbying fees from the former Venezuela government-controlled oil company, Petroleos de Venezuela.

Petroleos de Venezuela is now run by  PDV USA, who initiated a suit against Rivera because they felt that he did not substantiate a $15 million lobbying payment.

They want their money back.

The Floridian spoke to Rivera who confirmed what other sources had already told us in that he did not have any involvement in Bovo’s campaign.

Penelas’ assertion that Bovo’s campaign is somehow being secretly sending out attack ads using Maduro money appears baseless. Unless you Bovo took that $500 Rivera gave him and played a bunch of scratch-off lottery tickets and won, a $500 donation is not going to go far in this contentious mayoral race.

As one would expect, Bovo and his team are in disbelief over Penelas’ questionable attack considering that Bovo, along with long-time friend Sen. Marco Rubio, has both been outspoken critics of the Cuban and Venezuelan regimes.

Also, considering that his father was one 1,400 or so fighters during the Bay of Pigs invasion of Fidel Castro’s Cuba in 1961, so being accused of having anything to do with the Communist ideology is insulting to someone like Bovo.

Here is the mailer in question: 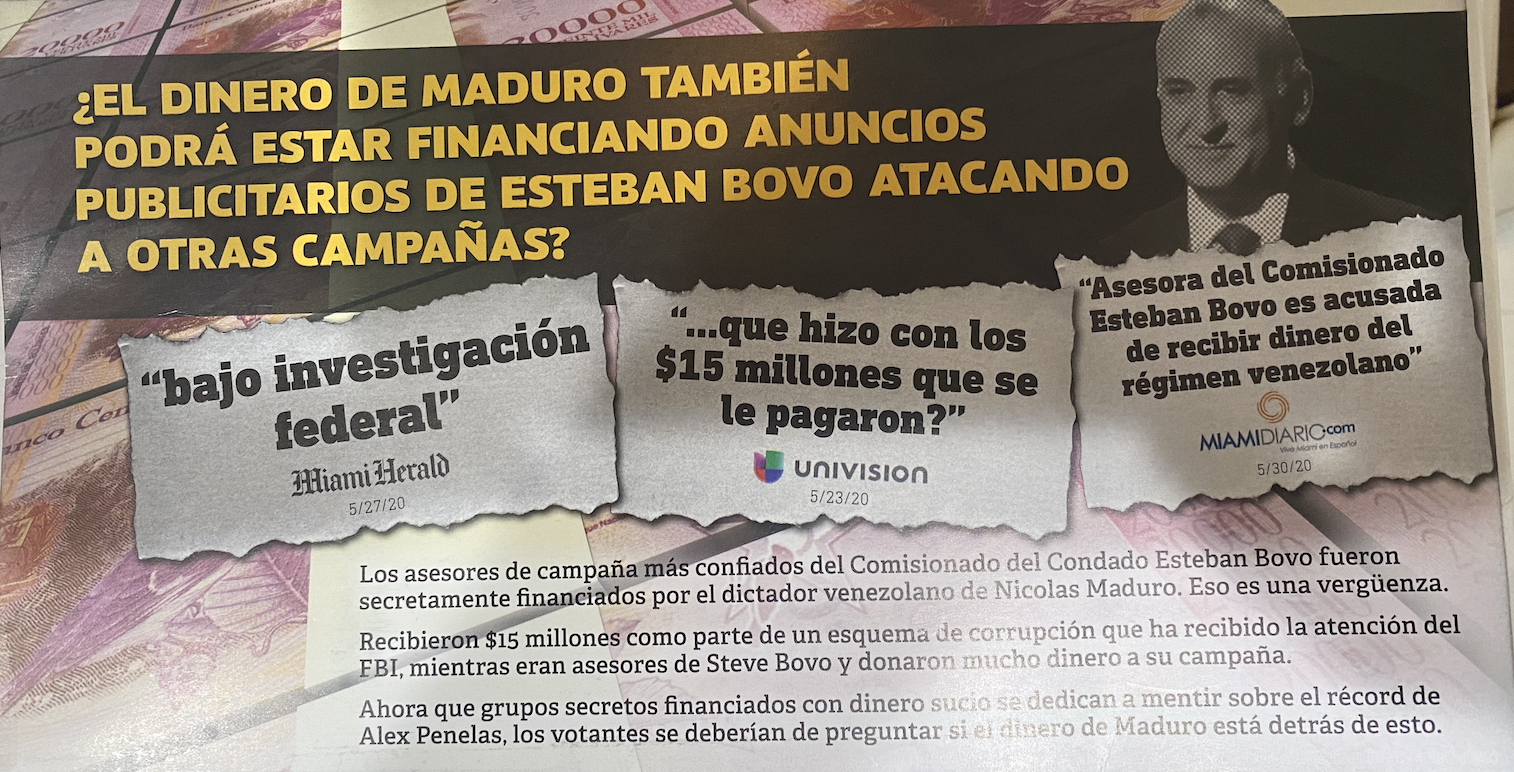