Florida Rep. Byron Donalds (R) is running for the U.S. Congress in arguably the most expensive Republican primary race in the 2020 election cycle, and considering that The Club for Growth is backing his candidacy with over $1.5 million in TV and print advertising, Donalds is considered by many as the frontrunner in the 8-person primary race.

Because we are in the throes of the 2020 election season,  his critics are focusing on the fact that the Donald’s was arrested for distribution of marijuana and on a bribery charge when he was younger.

Donalds has owned up to the arrests, but according to a questionnaire he filled in order to be appointed to the Board of Trustees at  Edison State College, Donalds said that he was never been “arrested, charged, or indicted”  in any local, state or federal jurisdictions.

Donalds told The Floridian that “when you seal or expunge a record you don’t have to legally acknowledge it. Legally by law, I am allowed to not acknowledge the offense.”

According to Florida law, Donald’s is right.

“The person who is the subject of a criminal history record that is expunged under this section or under the provisions of law…May lawfully deny or fail to acknowledge the arrests covered by the expunged record.” 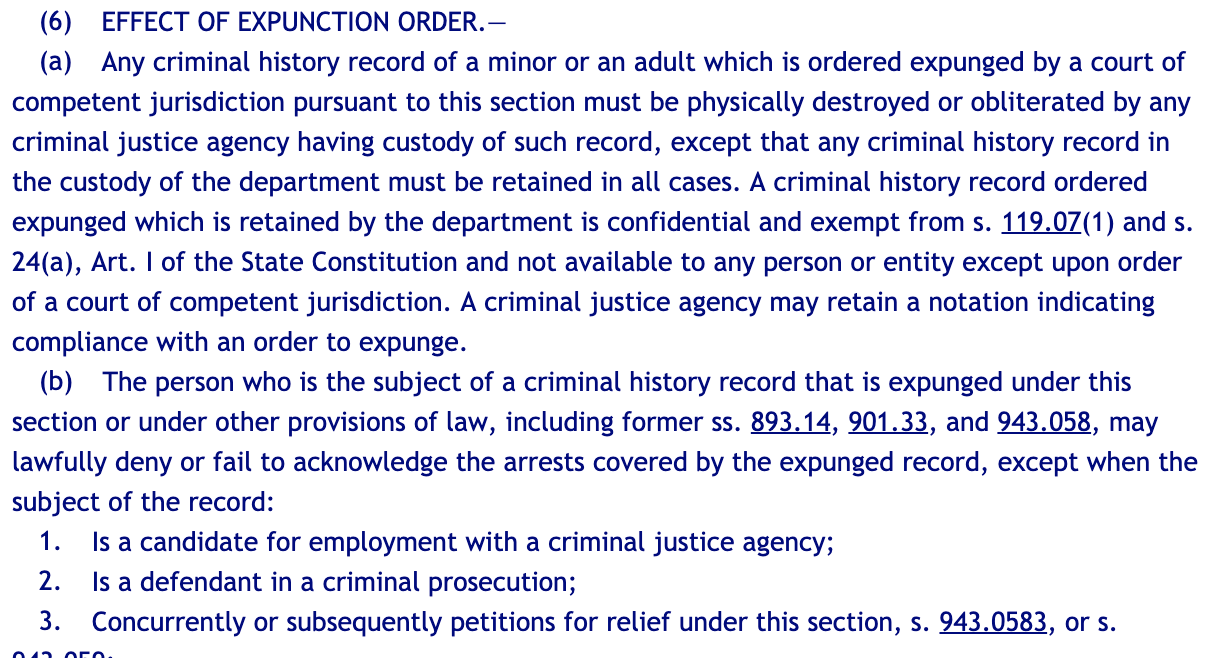 But the argument being made is not whether Donald’s was arrested or not, but did he lie on the aforementioned application.

Donalds’ bribery charge was expunged so he can lawfully state that he wasn’t arrested for that charge, but what about his marijuana arrest?

The marijuana arrest is not covered under the expungement, so Donald could face an ethics inquiry over his assertion that he has never been arrested.

If Donalds win his congressional primary race, and a September ethics investigation is launched, a subsequent FDLE criminal perjury investigation against him could be launched.

Donalds said that he opted in to a “pretrial diversion program” on the marijuana charge when he was 18-years-old, a program he says is similar to the expungement process.

Fellow Florida House Rep. Dane Eagle, Dr. William Figlesthaler, businessman Casey Askar, and Byron Donalds, are all trying to position themselves as the most electable top-tier candidate in the race.