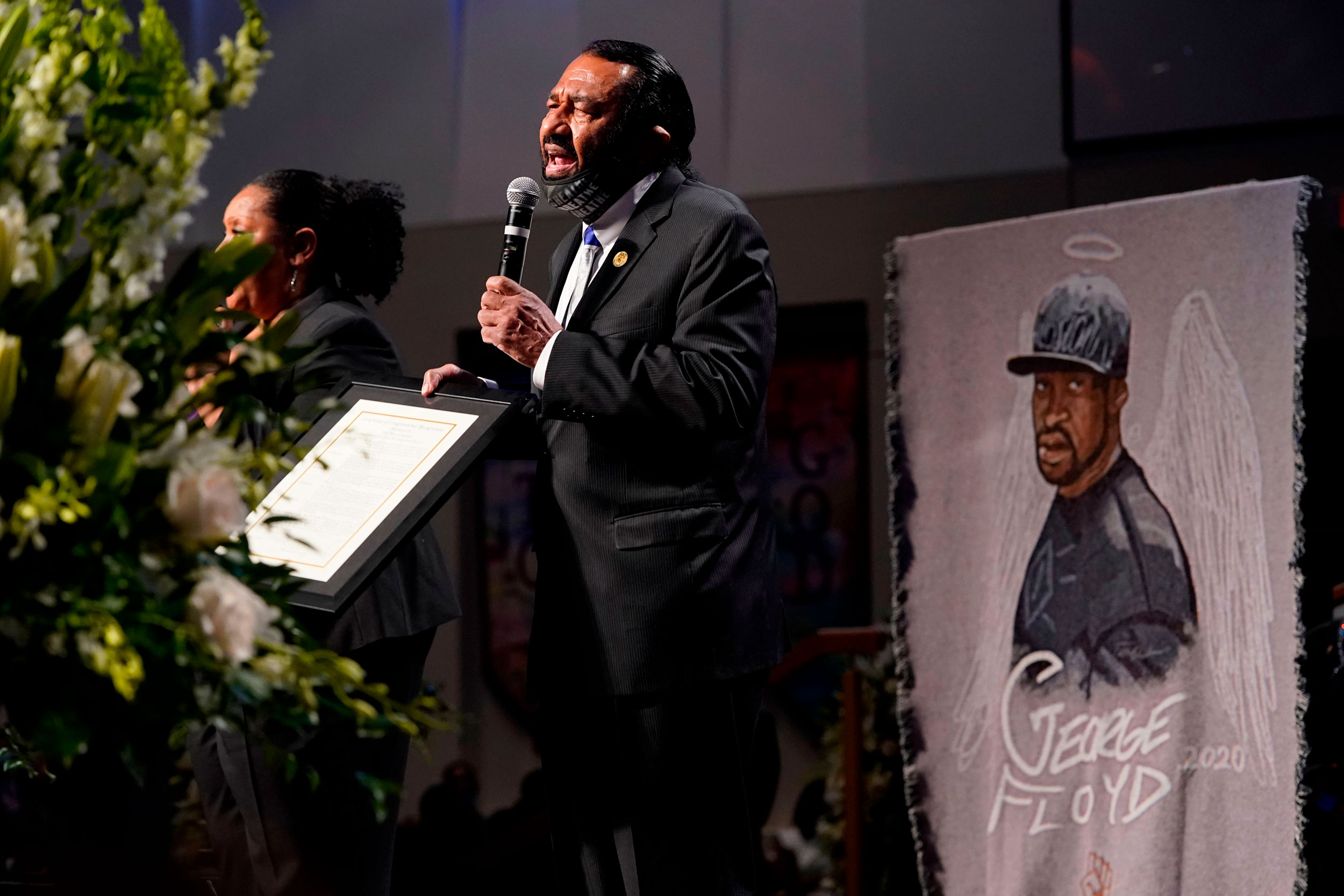 Green at George Floyd Funeral Calls For a ‘Department of Reconciliation’

Rep. Al Green (D-TX) speaking at George Floyd’s funeral on Tuesday called for the federal government to create a Department of Reconciliation, saying it’s time for the United States “to seek reconciliation for black people.”

Last week, the Texas Democrat stated in a statement that his office has filed a resolution “for the establishment of a Cabinet-level Department of Reconciliation charged with eliminating racism and invidious discrimination.” He stated Floyd’s death at the hands of a Minneapolis police officers should be honored “at the national level” with a federal effort to achieve racial reconciliation.

“We ought to have a secretary of reconciliation who reports directly to the president of the United States, whose job it will be to eliminate racism and discrimination in all of its forms,” Green said during an interview with MSNBC’s Craig Melvin before Floyd’s funeral.

Green is among the hundred Democratic lawmakers who have sponsored a legislation to develop reparation proposals for African Americans. According to the bill summary, the commission will “examine slavery and discrimination in the colonies and the United States from 1619 to the present and recommend appropriate remedies.” It was introduced last year in January and the last action was in June 2019 where a subcommittee hearing was held.