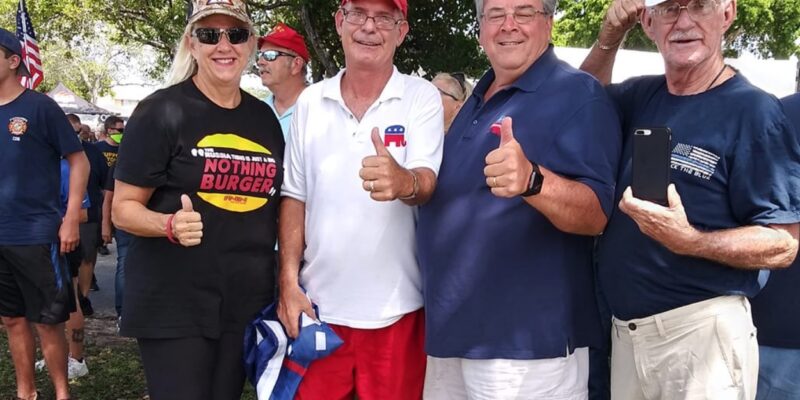 The embattled and laughing stock of the Republican Party of Florida, the Broward Republican Executive Committee (BREC), which continues to embarrass Gov. Ron DeSantis and Republicans statewide by supporting Democrats to elected office, and allegedly doing some really shady stuff for personal benefit.

RPOF Chairman Joe Gruters will one day have to answer why he has supported the antics of the local GOP and protected some of the pariahs that have plagued the state party.

Trump activists and Broward Republicans, Bob Sutton, Ben Bennett, and Andrew Brett, have all filed to run for the unpaid position of state committeeman. Celeste  Ellich, another long-time activist, is running for the state committeewoman position. 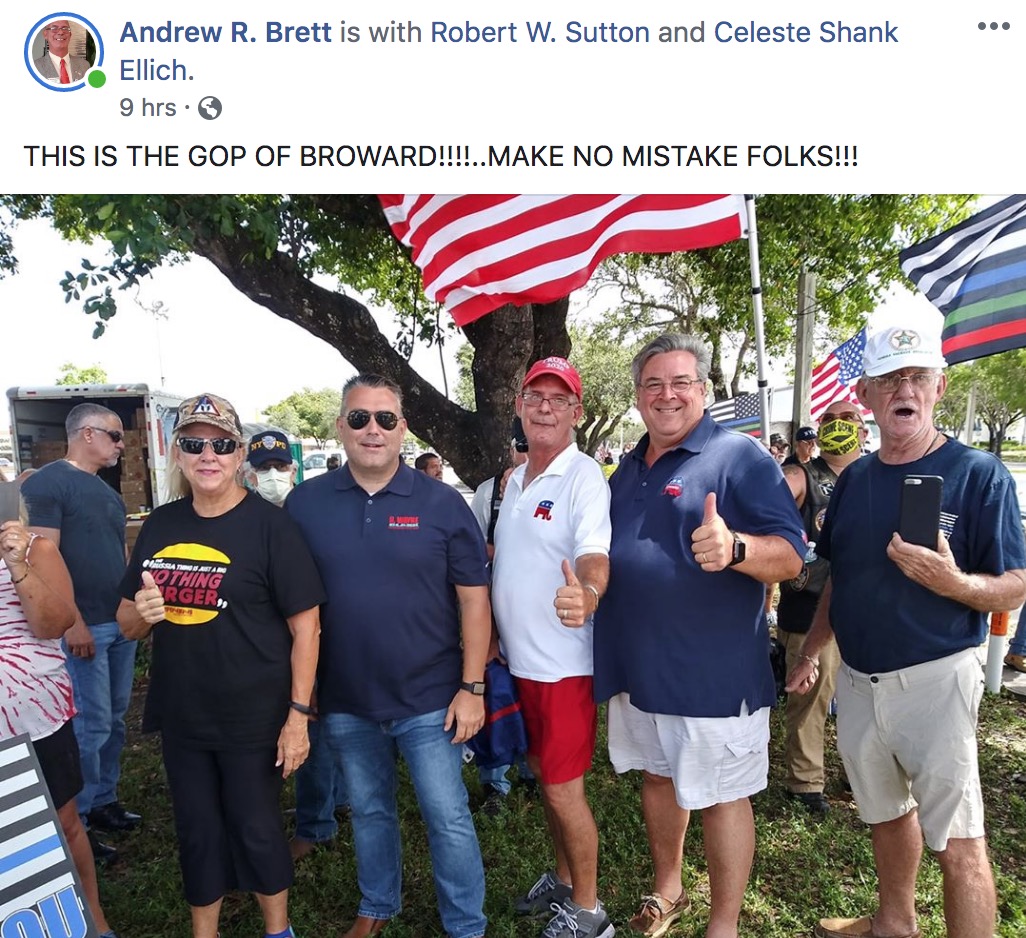 All four of these individuals attended a pro-Police rally in Coral Springs, Florida this past weekend, and who have the support of Conservative Republican activists in the county, are campaigning to bring change to the embattled BREC board.

Brett, a member of “Americans for Trump,” a pro-President Trump group run by Attorney Scott Newmark, has been very vocal about individuals “raccoon” hair individuals within BREC he feels do not represent Republicans in the county.

But while Broward activists push their decade-long desire for change, one prominent Broward Republican with ties to Florida’s lobby corp and many prominent elected officials like Gov. Ron DeSantis, is set to make his presence known this election cycle.

“Stan” as we will call him for this story, said that he was committed to flipping the BREC and pledged a 5-figure donation. “Stan,” said that he will place the bulk of the money in a statewide political action committee and will fund his candidate once ballots begin to mail.

Stan also said that he had already spoken to the governor about the BREC, adding that DeSantis was already well-aware of what was going on in Broward County.