Florida Governor Ron DeSantis said the sunshine state would “love” to host the Republican National Convention in August, making his offer as a potential site after President Trump threatened to move the convention from North Carolina.

“Florida would love to have the RNC,” DeSantis said at a press briefing in Miami. “Heck, I’m a Republican, it would be good for us to have the RNC in terms of the economic impact when you talk about major events like that. So my posture on all this is we should try to get it done as best we can in accordance with whatever safety requirements.”

President Trump on Monday threatened to “reluctantly forced to find” a new site for the GOP convention, stating the Democratic Governor. Roy Cooper is was still in “shutdown mood.” Cooper last week in an interview stated that “data and science” will guide his decisions on whether the state can fully occupy the convention site and the state.

“I love the Great State of North Carolina, so much so that I insisted on having the Republican National Convention in Charlotte at the end of August,” Trump said in a series of tweets. “Unfortunately, Democrat Governor, @RoyCooperNC is still in Shutdown mood & unable to guarantee that by August we will be allowed full attendance in the Arena. In other words, we would be spending millions of dollars building the Arena to a very high standard without even knowing if the Democrat Governor would allow the Republican Party to fully occupy the space.”

“Plans are being made by many thousands of enthusiastic Republicans, and others, to head to beautiful North Carolina in August,” Trump said in another tweet. “They must be immediately given an answer by the Governor as to whether or not the space will be allowed to be fully occupied. If not, we will be reluctantly forced to find, with all of the jobs and economic development it brings, another Republican National Convention site. This is not something I want to do.”

Vice President Mike Pence sided with Trump on this issue, telling Fox News on Monday that the convention could be moved “if need be” while listing some states that could be alternative locations.

“It’s an issue we’ve been talking about because these national conventions literally take many months to organize and prepare and there are states around the country — we think of Texas, we think of Florida, Georgia, the last two states I visited last week that have made tremendous progress on reopening their communities and reopening their economies,” Pence said.

Since the tweet from the president, multiple Republican governors and party officials have offered their states as potential hosts. Florida Republican Party in a tweet jumped on plugging the sunshine state as one to host the political convention.

“The Republican Party of Florida would welcome the opportunity to host the Republican National Convention. Florida is committed to ensuring a safe, secure and successful event for President @realDonaldTrump and all attendees.”- Chairman @JoeGruters,” the tweet reads.

America’s #1 Governor @GovRonDeSantis and the state of Florida would welcome @realDonaldTrump and the 2020 convention with open arms. Florida is open for business. @FloridaGOP https://t.co/Hso9f15F3d

DeSantis said he hasn’t personally spoken with Trump, but his office informed the White House that Florida is open to hosting the convention and would hold it “in a way that’s safe.”

“His government will be talking about the safety restrictions, the president’s government,” DeSantis said. “If he’s going to do a convention, obviously he’s going to want to abide by whatever they’re saying. So if we can get that done and do it in a way that’s safe, that would be a huge economic impact for the state of Florida.”

The Republican National Convention, is currently slated to be held from Aug. 24 to 27 in Charlotte, North Carolina, in the Spectrum Center arena. It is also the same site where President Barack Obama accepted his nomination to a second term in 2012.

Will Biden Choose Demings as VP? 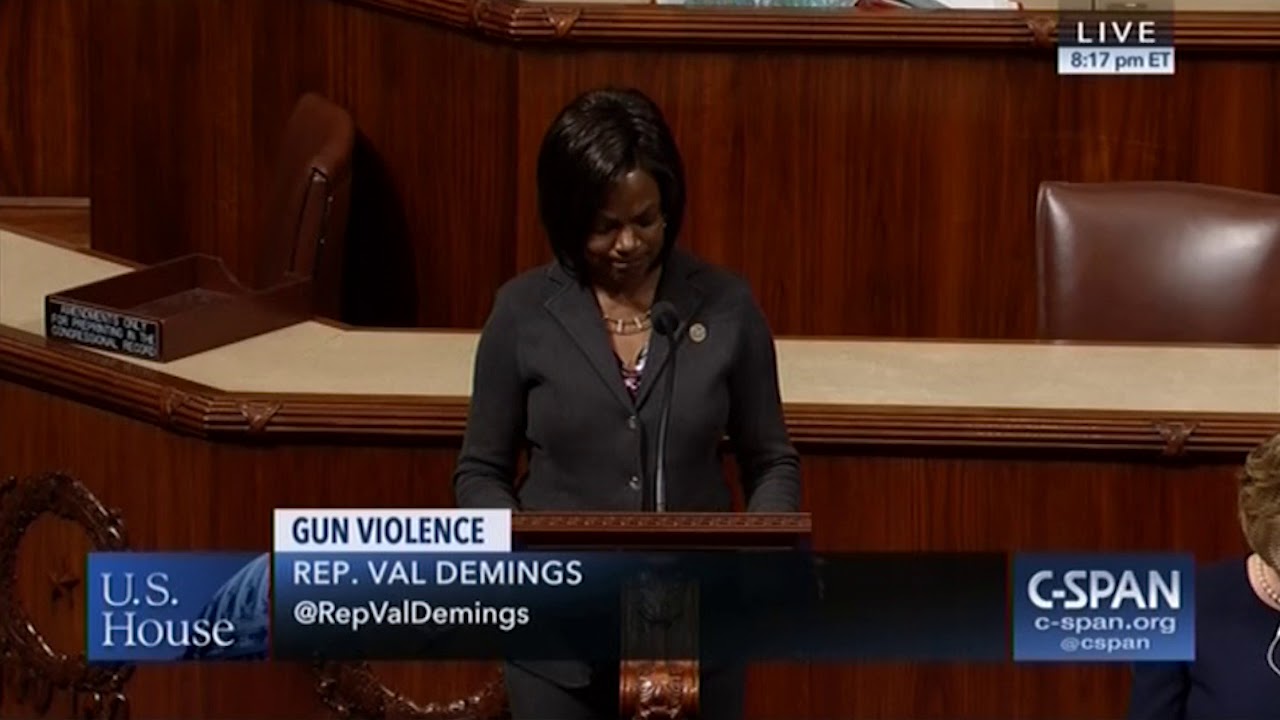