Its election day in Florida and voters will risk contracting the Coronavirus by heading to the polls to cast their vote for the presidential candidate they currently support.

But while Democrats have been voting for either vice president  Joe Biden or Senator Bernie Sanders, Republicans have been crushing election records by voting for President Donald Trump.

Political pundits, activists and many insiders believe that President Trump will prevail over whoever the Democrats put up against him.

According to the latest Univision Noticias public opinion poll, 54% of Floridians approve of the job President Trump has been doing. 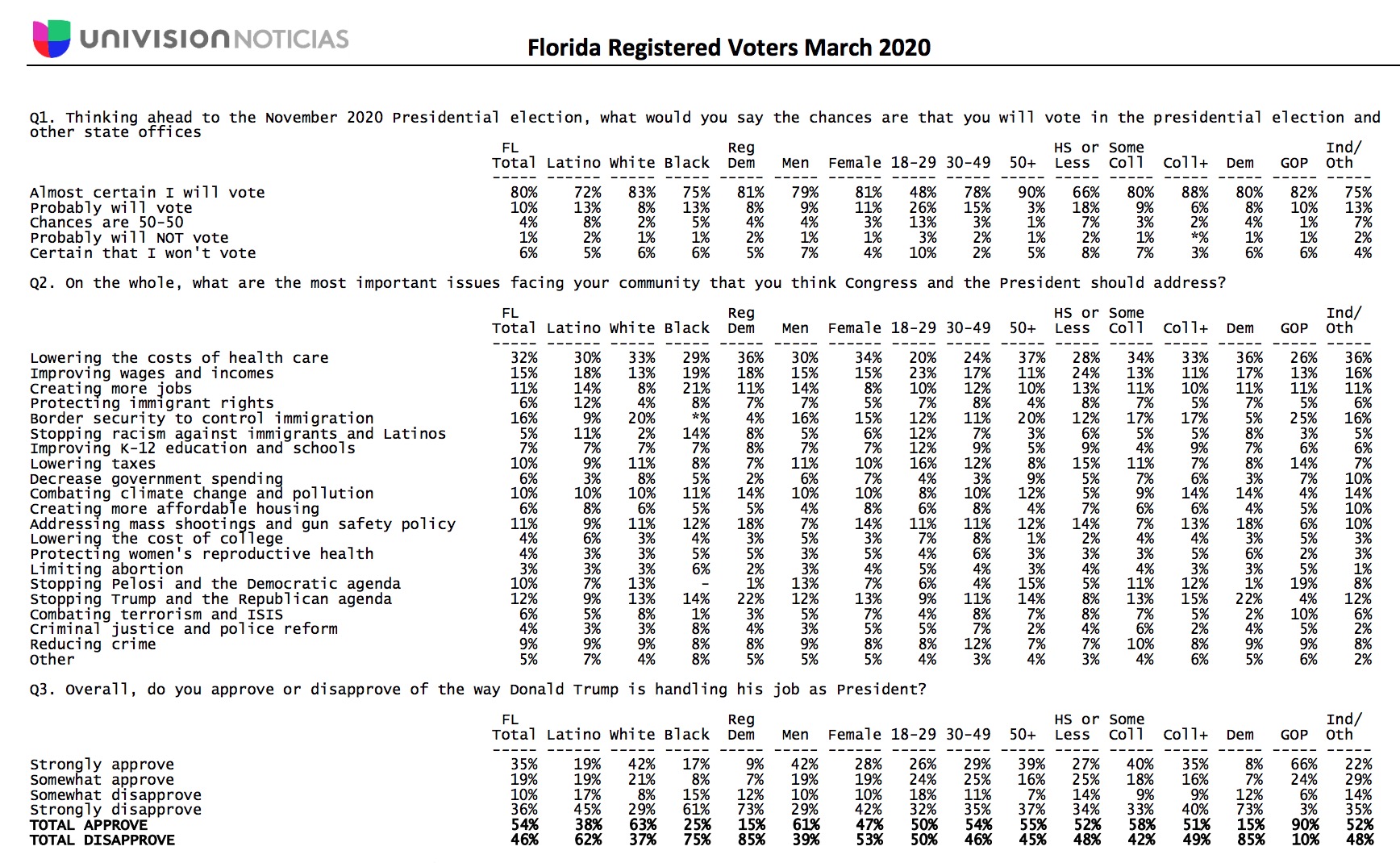