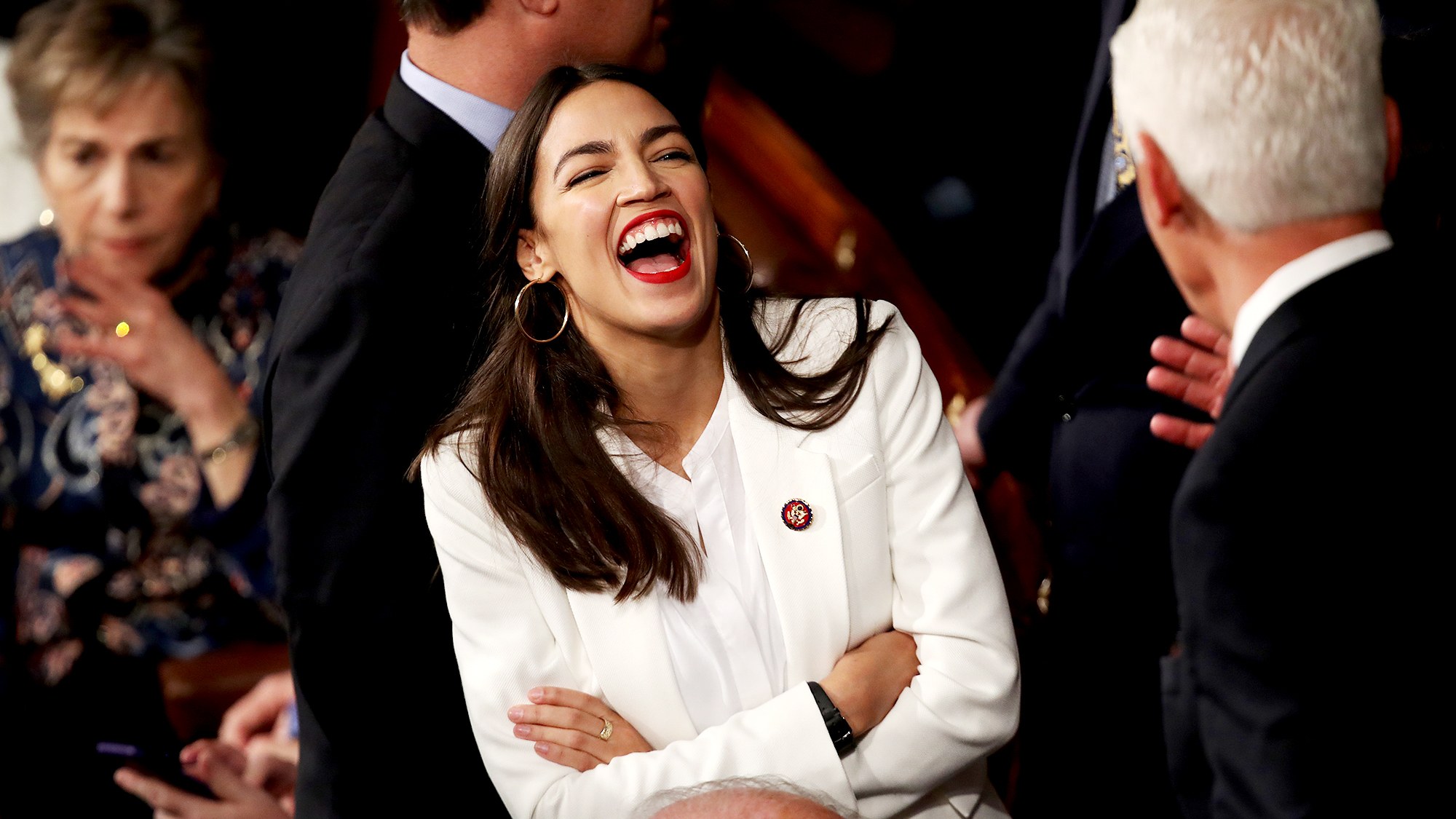 Rep. Alexandria Ocasio-Cortez (D) has emerged as the top fundraiser powerhouse of her party, but the Democratic socialist is refusing to pay her dues to the House’s Democratic campaign committee, angering her fellow Democrat colleagues.

“It is pretty nuts, $250,000 for a freshman Democrat,” Ocasio-Cortez said in an interview with HisPolitica outside the Capitol Friday. “I am not paying D-trip dues (nickname for Democratic Congressional Campaign Committee) because I don’t agree with the policy around blacklisting groups that help progressive candidates.”

She added, “Congress in the primaries 70 percent of Americans live in a safe blue seat or a safe red seat which means the only choice that they have realistically is in their primary election and the idea that we should take democracy away from people is one that I fundamentally disagree with that.”

As an alternative, Ocasio-Cortez is raising funds personally through grassroots donations to funnel directly to progressive candidates, including primary challengers to her sitting Democratic colleagues. So far, she raised $316,000 in online donations for candidates she supports, including $18,000 for Marie Newman, who seeks to oust longtime Illinois congressman Dan Lipinski, a conservative pro-life Democrat and $35,000 for progressive challenger Jessica Cisneros, who is trying to defeat Rep. Henry Cuellar from Texas.

“Instead, we are giving directly to Democratic members. We want to make sure that we give directly to those running and it’s more effective to give those funds directly to that person campaign,” Ocasio-Cortez said. “There are some primary challengers that we are supporting that are fighting for working families instead of those who may be more in line with fossil fuel and big Pharma interest.

DCCC made clear that they will blacklist any org that helps progressive candidates like me. I can choose not to fund that kind of exclusion. https://t.co/qqwdwPAqek

In the third fundraising quarter of 2019, Ocasio-Cortez raised $1.42 million — topping all other House Democrat including House Speaker Nancy Pelosi and Rep. Adam Schiff, who raised $1.14 million and $1.26 million respectively. She rejects corporate PAC dollars and traditional high-dollar fundraisers and instead relying on grassroots small-dollar donations.

The DCCC assigns the 237 House Democrats a certain amount one needs to pay in dues to help support candidates in competitive races win against vulnerable Republican or in swing districts. The group has their eyes on 39 districts it is targeting to flip. According to the October final dues report, only 97 Democrats has yet paid their dues.

Refusing to pay her D-trip dues while actively trying to oust Democratic incumbent has irked some of her fellow Democrat colleagues.

“DCCC dues are about supporting others because you want to be part of the team,” Rep. Gregory Meeks of New York told Fox News. “The goal is to be in the majority. And the goal is, when you are on a team I would think, to respect individuals whose districts are different than yours.”

He added that not paying her dues while actively trying to boot Democratic colleagues shows a lack of respect for the party.

“I would hope in the spirit of teamwork that we don’t see any further incursions with other members,” Meeks said. “I would hope at least it stops there.”

Another Democrat comment on Ocasio-Cortez’s stance and gave her a piece of their mind.

“Deadbeat Cortez should pay her bills,” a House Democratic aide said. “She’s always whining about people paying their fair share and here she is leaving her friends with the bill.”

Ocasio-Cortez has been at odds with the DCCC. Last March, she urged supporters on Twitter to stop donating directly to the DCCC due to the “new rule to blacklist and boycott” those who help candidates seeking to challenge incumbents in a primary challengers, calling it “extremely divisive and harmful to the party.”

“The @DCCC’s new rule to blacklist+boycott anyone who does business w/ primary challengers is extremely divisive & harmful to the party,” Ocasio-Cortez wrote in a Tweet last March. “My recommendation, if you’re a small-dollar donor: pause your donations to DCCC & give directly to swing candidates instead.”

The @DCCC’s new rule to blacklist+boycott anyone who does business w/ primary challengers is extremely divisive & harmful to the party.

My recommendation, if you’re a small-dollar donor: pause your donations to DCCC & give directly to swing candidates instead.

Former DCCC chairwoman Rep. Nita Lowey said during her time, mostly all of the members pay their dues with “some more than others.”

“If you are a Democrat and you’re here, you should be part of the effort,” Lowey said when asked about Ocasio-Cortez not paying her dues. “But she may not feel that way. Each to their own.”

Democratic Congressional Campaign Committee (DCCC) Chairwoman Cheri Bustos downplayed Ocasio-Cortez’s decision to not pay her dues and pointed to the $14.4 million raised in the month of December, a record-breaking fundraising numbers the committee has raised in 2019, without any help from Ocasio-Cortez.

“That’s always up to individual members so I guess I don’t think about it one way or another,” Bustos said. “We’re raising record amounts of money from our members.”