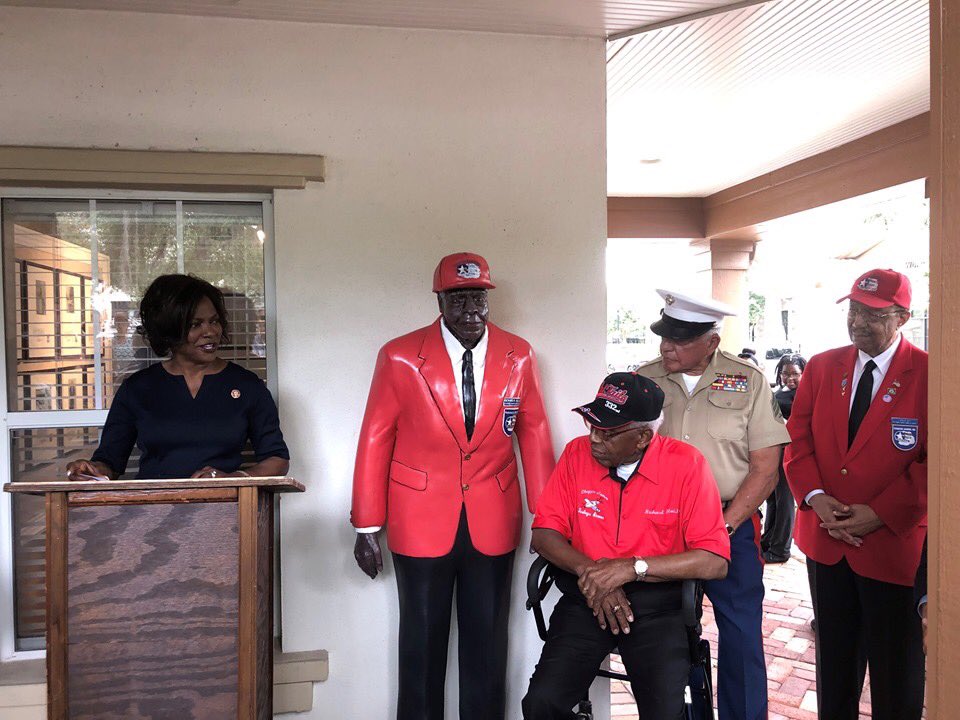 The event took place at the Hannibal Square Heritage Center in Winter Park, Florida, and all three members called out the cowardice of the act.

It’s not clear if the motive for the vandalism was racism, or just an isolated act of vandalism by a perpetrator who is still on the run.

“In early May, someone under the cover of darkness tried to tear down this memorial,” said Deming “But they will never understand that the true measure of a man can never be destroyed.”

“They may have tried to deface his statue but they can never erase his legacy!” added Soto

Honored to re-dedicate the statue of Tuskegee Airman Sgt Richard Hall today. They may have tried to deface his statue but they can never erase his legacy! pic.twitter.com/dvwYDby2lJ