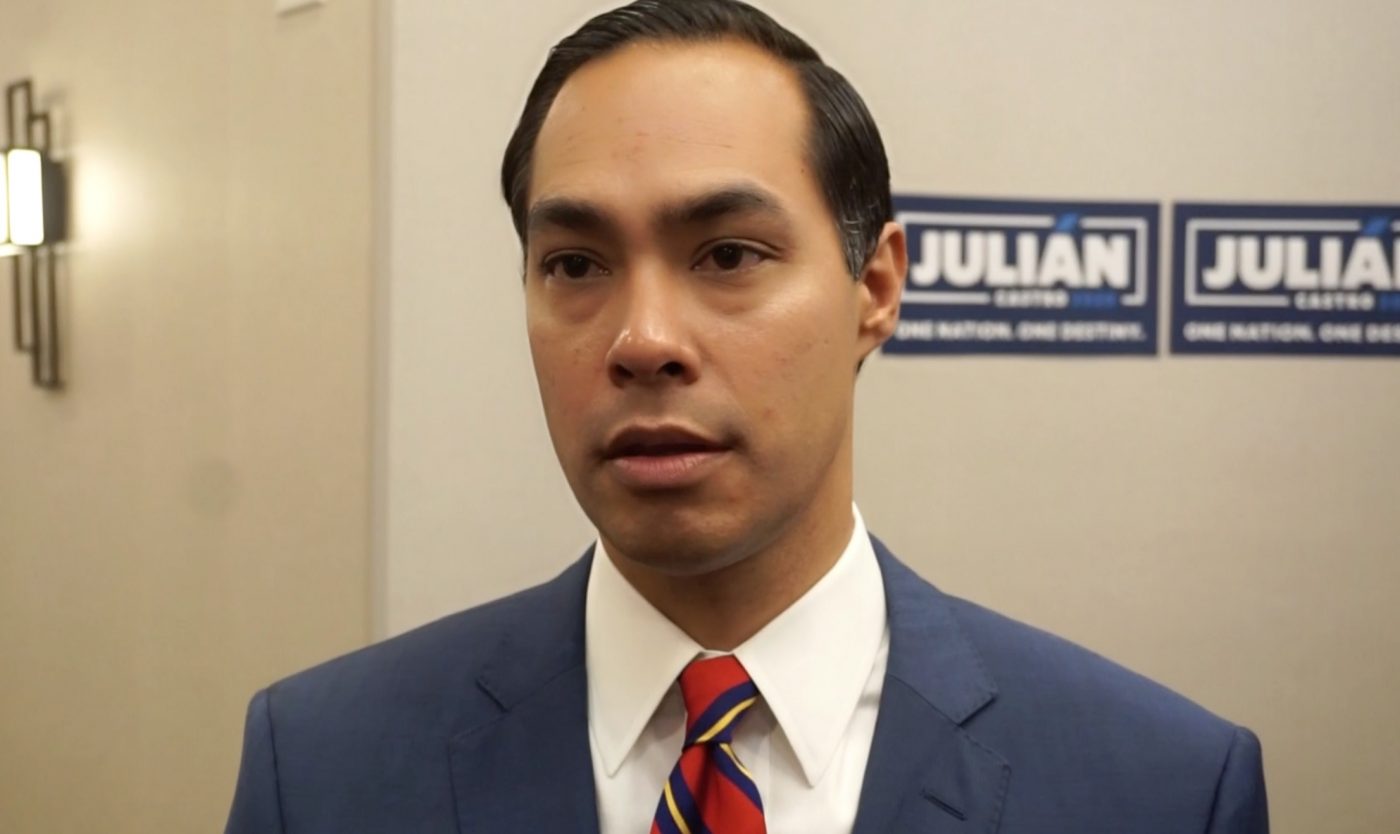 The 2020 Democratic presidential primary election is in full swing, as the political and media world will descend on Miami to watch the first two televised debates.

President Trump strategically chose to hold is reelection campaign kickoff in Orlando, and Democrats have chosen to kick off their primary season in Hispanic-heavy Miami-Dade County.

Once again, Florida will take center stage in the 2020 presidential elections…

Now 2020 presidential candidate Julian Castro, who also wants Trump to grant TPS to Venezuelans, is saying that the president has “failed” the Venezuelan-American community for not having already extended the protective status to them.

Former Secretary of House and Urban Development and former Mayor of San Antonio, Texas, Julian Castro (D), has been highlighting his “People First”platform on the campaign trail.

In emphasizing police reform and immigration reform as being integral parts of his platform, a new poll conducted by Univision shows that he has received the highest favorability ratio of any other Democratic primary candidate…

Black voters are gravitating toward Biden. South Carolina will put that support to the test. by NBC News

The former vice president will attend a key event in the state Friday amid criticism over his comments about having worked with segregationist Democrats.

ICYMI –“Biden slips again, only 4-points ahead of Warren in CA,” by HISPOLITICA

Because California is the bluest of blue states, so national Republicans don’t expect President Trump will win the state in the 2020 presidential election. Democrats always, always win the state. But in 2020, California could decide who will face Trump. The latest LA Times poll has Biden barely up by 4-points…

Kamala Harris is making one last push to try to garner as much support from the gay community, as the California native has thanked an openly-gay serviceman who joined the military after “Don’t Ask, Don’t Tell” was repealed.

In pandering to the black vote at a Al Sharpton event, Pete Buttigieg says that he regrets saying that “all lives matters.” Meanwhile, Mayor Pete was heckled by attendees at a South Bend townhall for his response to a recent police-involved shooting where a black man was shot dead.

Bernie Sanders is slipping in the polls but that isn’t stopping him from bashing Trump’s immigration policies.

Roberto “Beto” O’Rourke is coming to Miami for the debate, but he is also going to the Homestead detention center where illegal immigrant children are being held. Spectacle in the making?

Elizabeth Warren is demanding answers of ICE protocols for what she says are blatant violations of its “own solitary confinement rules.”

Joe Biden wants Americans to head over to his website and pick up a couple Gay Pride souvenirs before month’s festivities comes to an end. 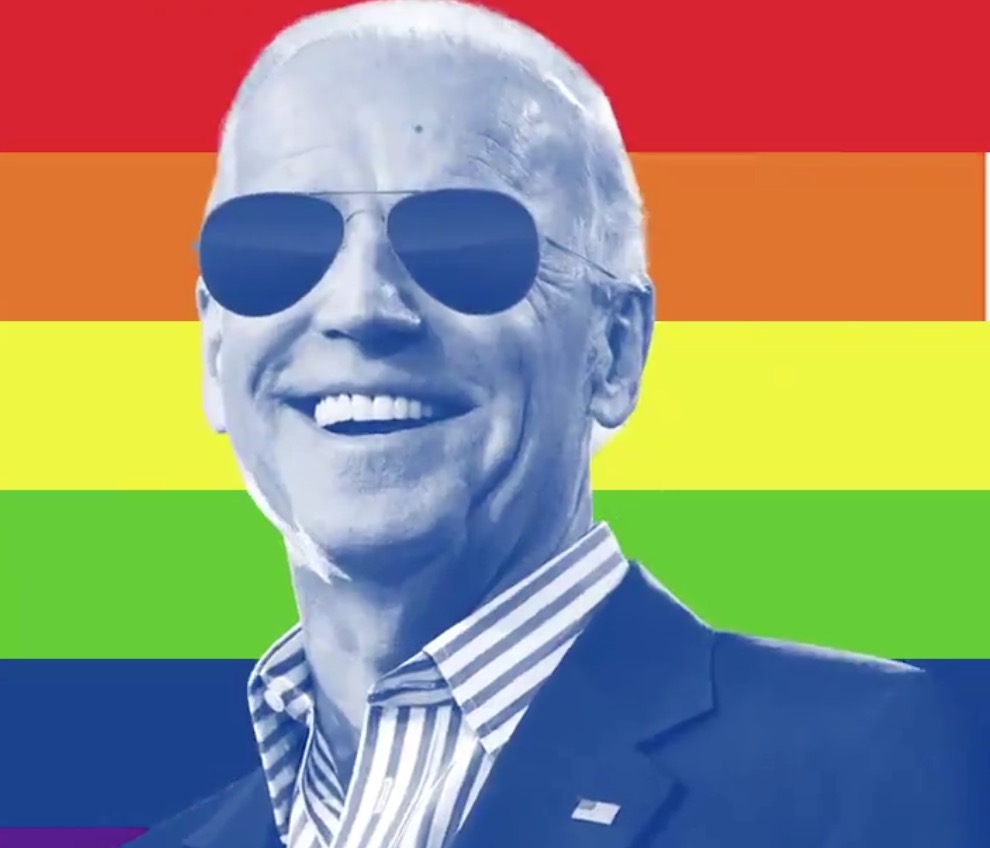 Castro doesn’t believe that the situation or crisis in Venezuela isn’t that dire, yet, to call for military intervention.

When Rep. Alexandria Ocasio-Cortez (D) equated the detention centers along the U.S. southern border to “concentration camps,” the political world all-but blew up over her alleged reference to the Holocaust.

Ocasio-Cortez is sticking to what she says and refusing to apologize to anyone, doubling down on her assertion that current ICE detention centers are substandard facilities where human rights violations are occurring…

Rep. Matt Gaetz (R) defended President Trump’s actions that according to Gaetz, have kept the U.S. “out of war with Syria and Iran.”

Rep. Stephanie Murphy (D) was on hand with Reps. Darren Soto and Val Demings at the rededication service for the statue of a Tuskegee Airman that was vandalized in May of this year.

Rep. Brian Mast (R), like everyone else, loves him some doggies. He is pushing the #puppersact to save them in the VA.

Rep. Ted Deutch (D) is very frustrated over what he and Democrats say is a continued effort by the Trump administration to keep the findings of the Mueller report secret.

“Another sex abuse claim at Miami migrant shelter,” by News Service of Florida

TALLAHASSEE — Florida officials received a report in May of alleged child sexual abuse at the Homestead migrant shelter, marking the seventh report of such abuse at the controversial federal facility.

Homestead has received an influx of migrant children as a result of the Trump administration’s crackdown at the U.S.-Mexico…

Gov. Ron DeSantis signed into law Thursday an initiative between the state and Sarasota-based Mote Marine Laboratory that includes $3 million a year for the next five years to research the causes and impacts of red tide.

After Florida Republicans fought long and hard to receive funding for the Everglades, a new bill poses a threat that would require automatic, across-the-board cuts to Everglades restoration funding…

“Although this budget includes increased investments in a number of areas, it is also respectful to taxpayers, providing them nearly $400 million in tax relief. We can be proud of this budget knowing we are protecting the interests of the men, women and children of Florida.”

CFO Jimmy Patronis is spreading rumors. Patronis says that a little bird is saying that “that policyholders have no hurricane deductible since it was classified this way.”

AG Commissioner Nikki Fried continues pushing medicinal marijuana and Hemp. Fried is calling attention to the Hemp workshops efforts to get Floridians to become more informed on the issue.

Attorney General Ashley Moody presented the Back the Blue award to the Big Brothers and Big Sisters chapter in Tampa, Florida.

When our Country had no debt and built everything from Highways to the Military with CASH, we had a big system of Tariffs. Now we allow other countries to steal our wealth, treasure, and jobs – But no more! The USA is doing great, with unlimited upside into the future!

This is vile. No humanity. No compassion. Just cruelty.

The Mexican government has armored its two borders to stop illegal immigration and comply with agreements with the US, while increasing the number of asylum seekers waiting in the country

California is increasing taxes on US citizens to pay for healthcare for illegal immigrants! We should not be incentivizing illegal immigration. We CANNOT allow @SpeakerPelosi, @KamalaHarris & other CA socialists to nationalize this policy!

As always I’m continuing to fight for a stronger health care system, protections for our environment, gun safety, and a resilient economy.

3 arrested, 1 man on the run after police chase stolen car in Haines City

HAINES CITY, Fla. (FOX 35 ORLANDO) – Three suspects are in custody and a fourth is at large, following a police chase that began Friday night on U.S. 27 in Haines City, according to the Haines City Police Department.

Darius Anderson, 21, and Vaschon Walker, Jr., 18, of Orlando and Courtney Blake Jr., 23, of Deltona are all currently in custody.

President Trump still continues to lag in the national polls behind just aout every potential Democratic opponent, but not by much. This could be seen as a good sign considering that it appears as if the “hate Trump” sentiment seems to be at an all-time high.