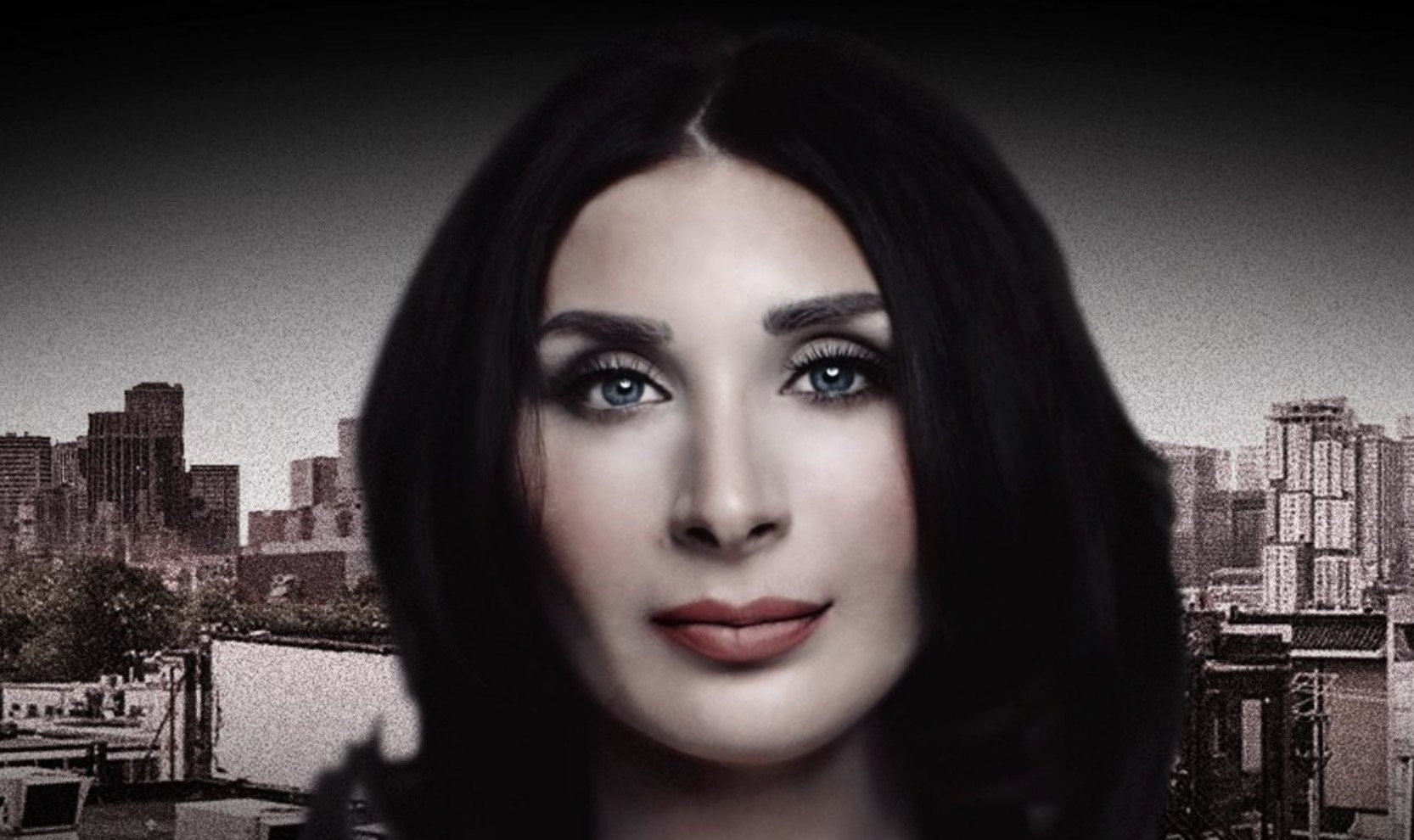 The rumor was out there that the controversial Loomer was mulling over a possible run for office, with some activists saying that decision was already made, and that an announcement was imminent, possibly during the first week of July.

Congressional Democrats like Rep. Omar Ilhan are besides themselves over President Trump’s recent remarks that he would “take” “oppo” research or information about potential political opponents from possible Russia or China, which has now fueled their call for his impeachment.

In listening to the Oval Office interview between President Trump and ABC News Chief George Stephanopoulos, the president said that he would do what every congressman would do, and at least “hear” the opposition research being offered to him.

HATCH ACT HYPOCRISY – Democrats are calling for Kellyanne Conway to Resign, but didn’t when Julian Castro violated the Act.

Castro was responding to a question from Katie Couric in an interview that focused on HUD policy before pivoting to the then-upcoming 2016 presidential race.

“Now, taking off my HUD hat for a second and just speaking individually, it is very clear that Hillary Clinton is the most experienced, thoughtful, and prepared candidate for president that we have this year,” Castro told Couric.

The Obama White House took no action, and OSC did not recommend Castro’s termination. Castro, pressed by Baier, argued that his case was different from Conway’s, primarily because his violation was an isolated episode and he tried to learn from it.

Joe Biden announces via video that he pledges to not use outside information in the upcoming election against his opponent (Trump).

Kamala Harris says that as president, she would “roll back Trump’s anti-immigrant agenda.”

Pete Buttigieg : “Change will not just happen. We need Congress to deliver on common-sense gun laws supported by an American majority, like universal background checks and a ban on military-style assault weapons. And we need every state to pass a hate crimes law.”

Roberto “Beto” O’Rourke has introduced a plan to protect LBGT rights. Hey, why not, its Gay Pride month. Pandering is the name of the game in politics.

Elizabeth Warren cosponsored legislation in the senate that would allow women to get “more affordable” (that means free) over-the-counter birth control pills.

House Democrat Pramila Jayapal writes about her abortion by HISPOLITICA

The ongoing ‘ban on abortion bans’ continues, as celebrities and now elected officials are opening up about their personal stories about their abortions to counter recent state’s passing of restrictive abortion laws.

Florida Congresswoman Debbie Wasserman Schultz (D) recently retweeted an op-ed that her colleague in the House, Rep. Pramila Jayapal (D) penned about a past abortion.

Waltz Votes Against NDAA by The Floridian’s Daniel Molina

The House held a vote today on the Fiscal Year 2020 National Defense Authorization Act, but some members voted against the measure.

One nay vote came from freshman Florida rep. Michael Waltz (R), who commented shortly after on why he said no.

The House has passed an amendment proposed by freshman Florida rep. Debbie Mucarsel-Powell (D) to increase funding that would combat HIV/AIDS in minority communities.

In a bipartisan effort, the House voted in favor of the appropriations package that would increase the allocation of funding for the Minority AIDS Initiative Fund by $5 million.

The federal disaster dollars President Trump approved, plus the state funds already allocated for clean-up efforts, which is under the direction of Gov. Ron DeSantis and the FL Division of Emergency Management (FDEM), tens of millions of dollars continue to be disbursed to industries affected by the recent natural events.

Gov. Ron DeSantis will sign legislation Friday to ban so-called sanctuary cities in Florida, a proposal that was one of the most controversial issues of the 2019 legislative session and a top priority of the governor.

A DeSantis spokeswoman confirmed Thursday that he will sign the bill, and Senate sponsor Joe Gruters, a Sarasota Republican who doubles as chairman of the Republican Party of Florida, said he will be in Okaloosa County with DeSantis and U.S. Rep. Matt Gaetz, R-Fla., for a bill-signing ceremony.

“Felony convictions block too many from voting and jobs access, federal civil rights report finds,” by Tampa Bay Times’ Langston Taylor: “Felony convictions have too much of an impact on access to voting rights, employment and social services, but Florida shows a promising change, according to the U.S. Commission on Civil Rights.”

Crackdown on Anacondas slithers to court by News Service of Florida

Owners and dealers of anacondas have launched a legal challenge after the state largely banned the snakes amid a struggle to control damaging invasive species.

No one really gives credence to what polls in California say when it comes to a general election. Democrats always, always win the state. But in 2020, California could decide who will face Trump. The latest LA Times poll has Biden barely up by 4 points with Bernie Sanders and Kamala Harris on his heels. Kamala Harris is creeping up. Wow!

After 3 1/2 years, our wonderful Sarah Huckabee Sanders will be leaving the White House at the end of the month and going home to the Great State of Arkansas….

….She is a very special person with extraordinary talents, who has done an incredible job! I hope she decides to run for Governor of Arkansas – she would be fantastic. Sarah, thank you for a job well done!

If Kellyanne Conway wants to talk about Trump’s competition in 2020 that’s fine, she shouldn’t be doing it while taking a paycheck from American taxpayers.

She should not have an office in the White House.

The Tucson Sector Border Patrol reported Thursday the death in the Arizona desert of a seven-year-old migrant girl, originally from India. The federal agency said the body was discovered Wednesday by border agents 17 miles west of the town of Lukeville, a small border town in Arizona.

The place where they found the body of the minor is a desert area with little access to roads that, according to the National Meteorological Service, reached Wednesday a temperature of approximately 108 degrees Fahrenheit (42 Centigrade). Just this week, a US volunteer  went to trial for helping migrants in the Arizona desert.

According to preliminary reports, the child was traveling with four other people who had been left near the border line by human traffickers, who ordered the group to cross into the dangerous and secluded region.

The Tucson Sector Border Patrol agents received information from this group after finding two women from India, who explained how they had arrived in the United States. These women said that three other migrants, a woman and two children, had stayed behind and had separated from them a few hours earlier.

Then, the officers reviewed the region, seven miles west of Quitobaquito Springs, with the intention of finding these people. Hours later, they found the body of the child, which was turned over to the Pima County Sheriff’s Office.

The search and rescue team discovered traces that indicate that the rest of the group supposedly returned to Mexican territory. So far these people have not been located on either side of the border.

“Our condolences are with this girl and her family, this is a senseless death driven by cartels that benefit from putting lives at risk,” said Roy Villareal, chief of the Tucson Sector Border Patrol in his statement…

The mother, aged 17, had an emergency caesarean section before crossing the border and suffered a lot of pain. Both were transferred to a detention center for unaccompanied minors, as documented by migrant advocacy groups.

A teenager with braids was hunched in a wheelchair, holding a sack in the form of a bundle, when an immigration activist saw her in a Border Patrol detention center in Texas.

When the girl opened the sack the activist, seeing what she was keeping, ran out of air. He was a tiny baby, premature, who was in a Border Patrol facility and not a neonatal unit in a hospital, where he should be.

“You see this baby and there is no doubt that she should be intubated and with a heart monitor,” Hope Frye, an immigrant advocate volunteer who travels around the country visiting centers hosting immigrants with children , told AP. , to make sure they meet federal standards.

Basically they ask him to allow China to continue to cheat on trade & steal intellectual property,even if doing so would damage America long term,because Chinese retaliation is hurting their business

The medical decisions we make about our bodies are personal – but sharing stories can help end the stigmatization attached to abortion. Thank you @PramilaJayapal. We will keep fighting in Congress to #StopTheBans.

A Florida Chick-fil-A franchise owner was arrested Wednesday on two counts of lewd and lascivious molestation of a 15-year-old, the Pinellas County Sheriff’s Office said.

Heather Matuszek, 32, was the alleged victim’s youth leader at Clearwater Community Church in Pinellas County in 2014 and 2015 when the incidents allegedly took place, The Tampa Bay Times reported.

The alleged victim, who is now 19, told deputies Matuszek touched her inappropriately two times, the report said. She reported the allegations last March.

The investigation is ongoing and the sheriff’s office says they believe there could be more victims. The alleged victim also said there were more inappropriate incidents with Matuszek outside of the county.

Matuszek posted her $40,000 bail Wednesday night, according to The Times.

FORT LAUDERDALE (CBSMiami) – The federal criminal complaint reads like a movie script; a pair of men kidnap a doctor, torture him and make him give up information about tens of thousands of dollars in cash.

But this was no movie, federal investigators say. This was real life. And the men accused of the shocking crime, Justin Boccio and Serge Nkorina, face up to life in prison if convicted.

The feds say the men began their preparations for the violent crime at a Broward County Home Depot with a purchase of supplies in late December.

Then they visited a Broward Budget rental car business in early January and rented a van.

Finally, in mid-January the feds say the kidnappers found their victim at a Broward Walmart and set off on a nine hour odyssey of kidnapping, torture and threats of murder.

The court documents reveal that the victim told federal agents that he was a plastic surgeon in Broward but the documents do not reveal his name or why the suspected kidnappers made him their target.

The documents say the kidnappers “forced him into a waiting van” and “blindfolded him.”

They “bound his hands and feet” and the victim’s “captors repeatedly used a Taser to shock him.” Then they drove for an hour to Margate and at a storage facility there the torture began.

The “captors struck him and used a blowtorch to burn the top of his hands.” They also “burned his hands with a hot metal object.”

Federal investigators say the kidnappers, Nkorina and Boccio, wanted money and the victim gave them his address, an alarm code to the home and “instructions on where they could find approximately $50,000 inside of his house.”