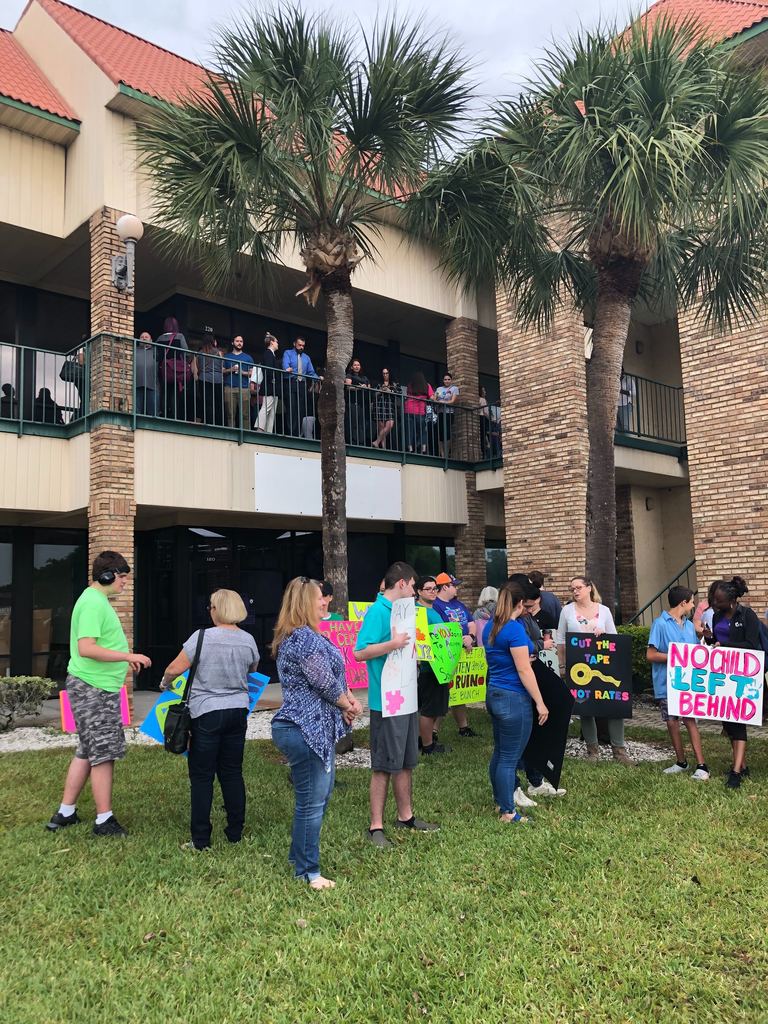 Less than a week after the state Agency for Health Care Administration (AHCA) announced a series of sweeping changes to the Medicaid Behavior Analysis programs, the Agency reversed course and is “postponing any behavior analysis rate changes” according to an email sent to behavior analysis providers last week.

These proposed changes had included a decrease in the reimbursement rates of up to 54% and policies that create new requirements that providers must follow in order to participate in the Florida Medicaid program.

“We will not be proposing a rule to reduce those rates,” Secretary Mary Mayhew told a Senate Committee on Thursday after a barrage of criticism from parents whose kids would have risked losing needed services. “What we recognize on the rates is that we want to work more closely throughout the summer and fall with providers and public policy makers to get more robust cost information to effectively inform those rates.”

The Florida Association for Behavior Analysis, which represents more than 1,500 providers across the state, praised the Agency’s decision to come up with a more workable solution.

“We applaud AHCA Secretary Mary Mayhew’s willingness, expressed today, to address the significant concerns voiced by behavior analysis providers and the families they serve,” said Florida Association for Behavior Analysis President Andrew Houvouras. “We look forward to a thoughtful dialogue with Secretary Mayhew and the Agency as we work to address these proposed changes in a way that works best for the families across the state who depend on these services.”

This reversal comes after a wave of public concern from parents of children with autism and the providers who provide many of these children with services.

On Friday, more than 100 people showed up to a public meeting hosted by AHCA in Tampa to hear from providers and underscore the fact that the proposed changes to reimbursement rates would not be moving forward at this time. Additional meetings will be held throughout the state over the coming weeks.

The Agency will also be partially lifting the moratorium on new behavior analysis providers here in Miami-Dade and Broward Counties. Once implemented, this new policy will allow registered behavior technicians, lead analysts, and board certified assistant behavior analysts who are already a member of an approved provider group to seek enrollment in Florida’s Medicaid program.

It’s pretty clear AHCA announced these new rules before thinking through how it would affect real people who need the services of behavior analysis providers. The Agency has promised to work with providers before it moves forward trying to make any other changes, and that’s smart. If it wants to be really smart, it will include some of the patient’s families in these discussions, too.