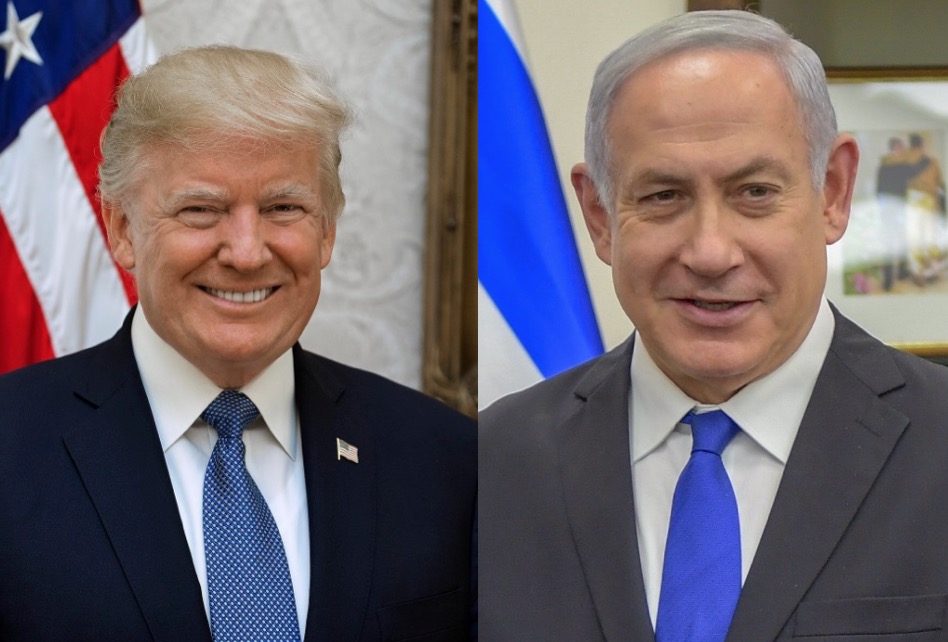 Trump sides with Israel, pokes international community in the eye

Just as military action has escalated between Israel and Hamas-controlled Gaza, President Donald Trump met with Israeli Prime Minister Benjamin Netanyahu in The White House to sign a proclamation that acknowledges the Golan Heights as officially being Israeli territory.

Last week, Trump hinted that he would take it upon himself to poke the international community in the eye when he tweeted that “it was time for the United States to fully recognize Israel’s Sovereignty over the Golan Heights.”

Trump and Netanyahu appeared together in a press conference where the two men exchanged niceties, and spoke about Trump’s executive edict to recognize Golan as Israeli territory.

“President Trump made history today,” said Netanyahu, adding more praise for Trump’s recognition of Israel’s “sovereignty in the Golan Heights at a time when Iran is trying to use it as a platform to destroy Israel.”

One of the leading voices in support of the state of Israel is Texas Sen. Ted Cruz, who appeared on CNN’s  “State of the Union” with Dana Bash to discuss Trump’s proclamation, where he took time to take credit for Trump’s move to acknowledge the Golan Heights’ being “legitimately part of Israel.”

“The Golan Heights were taken in 1967 during the six-day war. A defensive war where Israel was attacked. If you look at what’s happening in the Middle East, no one in their right mind would want to see the Golan Heights go to Bashar al-Assad, go to Syria, or go to Iranian proxies, or the Russians. It’s legitimately part of Israel,” Sen. Cruz said.