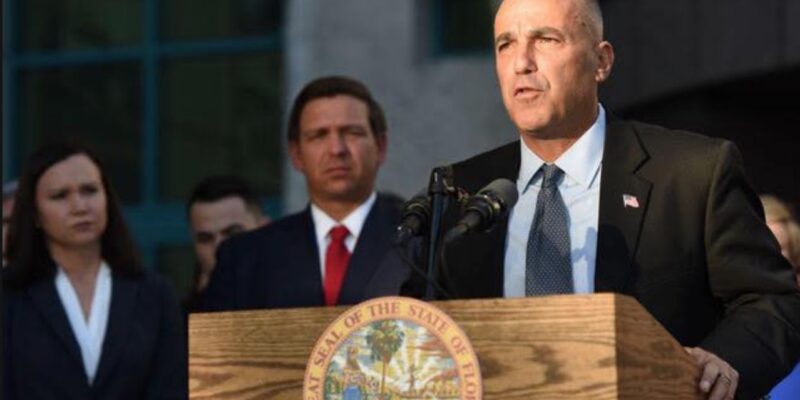 The tragic Marjorie Stoneman Douglas High School shooting on Valentine’s Day 2018 was committed by one deranged individual, but the blame for the crime has been passed on to others seen as having created the environment for the tragedy.

DeSantis remarked that the Broward Sheriff’s Office’s “neglect of duty and incompetence” led to the shooting, adding that he wanted to “make sure people are found accountable.”

“The massacre might never had happened if Broward had better leadership in Broward Sheriff’s department,” said DeSantis.

The charge to find those indirectly responsible for the tragedy has been led by Andrew Pollack and his son Hunter, who lost their daughter and sister Meadow on that fateful day.

Pollack has been relentless in his new life mission to bring everyone responsible, accountable for his daughter’s death.

Now Pollack is going after those the businesses that support the “FAILED leaders of Broward County.”

Pollack says that former Governor Rick Scott told him to direct his efforts on everyone, not leave any stone unturned, including going after the businesses that support the Broward County School Board, its Superintendent, the BSO, or any other group or business that supports the PROMISE program and those who propagate it.

On January 26th between 10am-12pm, Pollack has organized a rally outside of the City Furniture in Tamarac, Florida to protest CEO Keith Koenig’s support for Superintendent Robert Runcie.

Pollack posted of Facebook a self-narrated video making the case against Koenig as being a Runcie supporter who stood alongside legislators (pictured in the red tie) that voted against the Stoneman Douglass safety bill then-Gov. Rick Scott signed into law.

Here are the details of the protest.