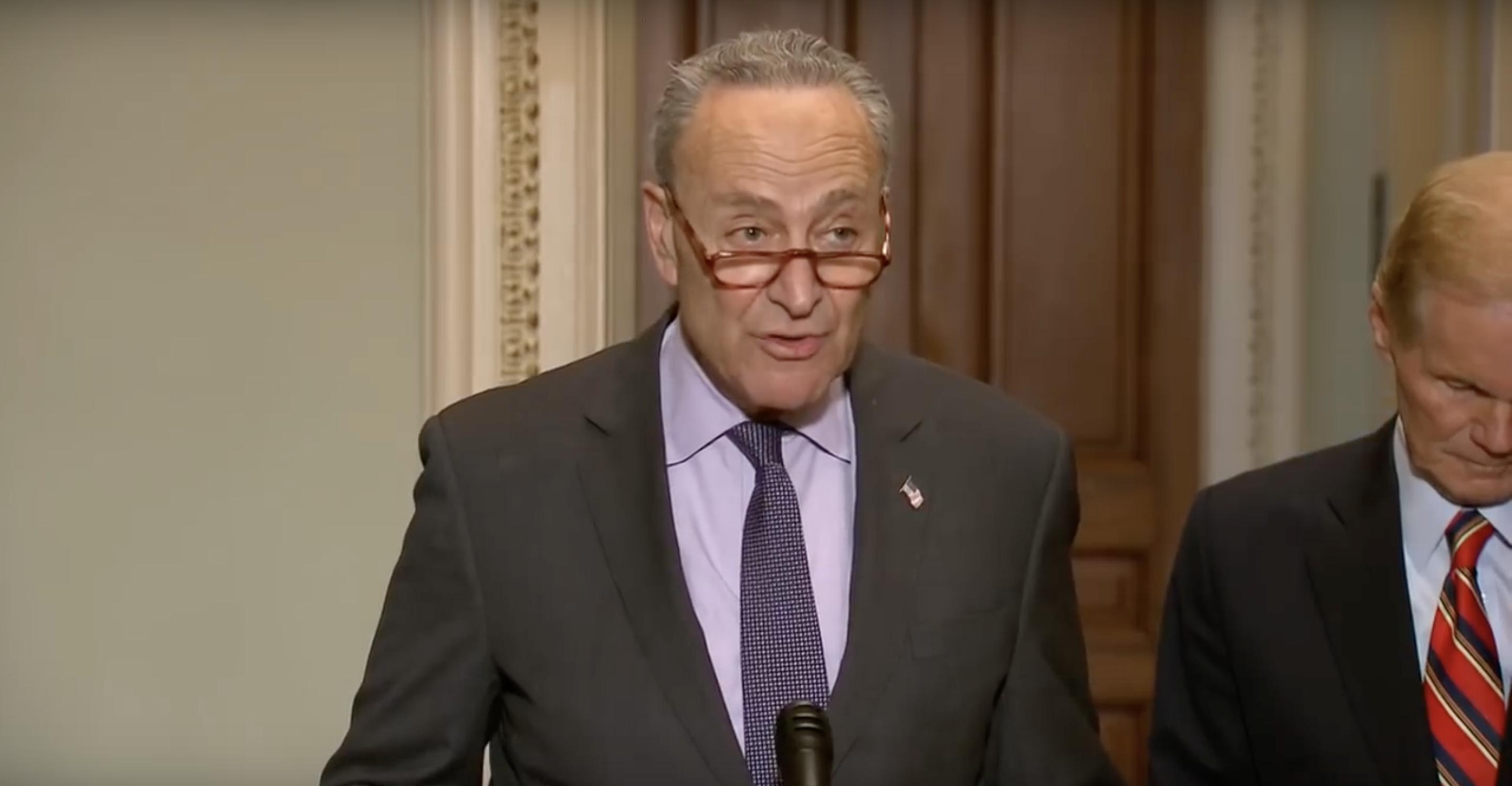 Senator Bill Nelson was defeated on election night by his Republican opponent Governor Rick Scott. As the controversial Florida recounts continue, Senator Nelson is still trailing the Governor, but Senator Chuck Schumer still believes that Senator Nelson will pull off a victory.

However, in 2006, Senator Schumer was calling for different actions to take place.

Democrats were ahead by a narrow margin in two senate races, and Senator Schumer was calling to end the recounts. In the respective races, Democrats led Republicans by 7,000 and 3,000 votes. Schumer was insistent on then-President George W. Bush to call for Republicans George Allen and Conrad Burns to concede their respective Senate races in Virginia and Montana.

In the current Florida Senate race between Nelson and Scott, Nelson trails Scott by 12,000 votes.

In 2006, Schumer called conceding the “gentlemanly thing to do,” and he mentioned that “John Kerry did just that in 2004 – you may remember that morning, where he said he knew that a recount could delay things but wouldn’t change the outcome.”

There’s no indication why Chuck Schumer is so optimistic that Senator Nelson will win the race, but it’s clear that in 2006 he was calling for different measures to be taken in order to ensure that Democrats won their respective races.

With the controversy surrounding Broward Elections Office Supervisor Brenda Snipes and the validity of the ballot being counted, Republicans have been combative in order to ensure that the ballots being counter are authentic.

Many feel that a hypocritical Chuck Schumer is trying to steal the election from Governor Rick Scott, and one wonders if a 2006 Chuck Schumer would agree.