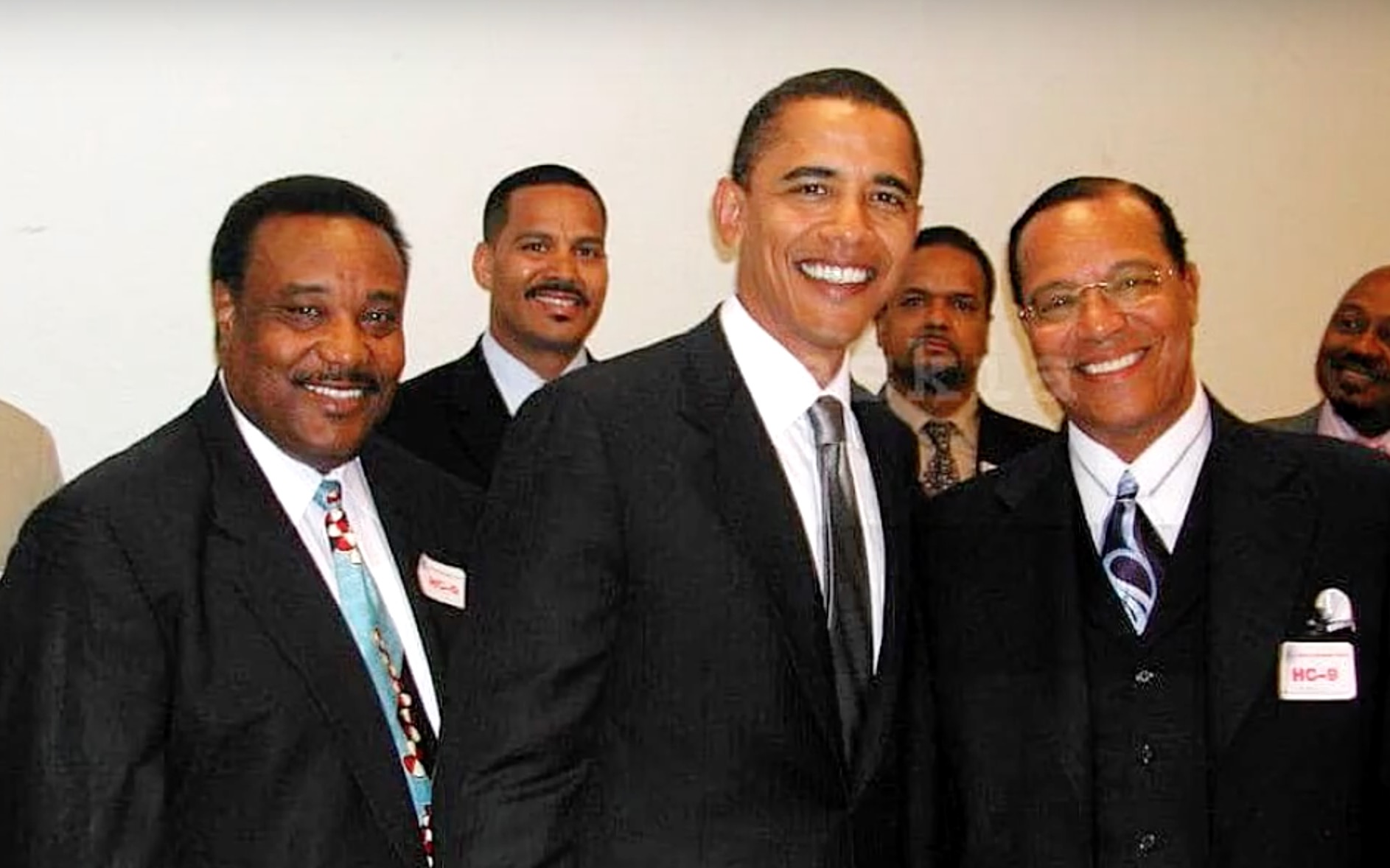 Without question, one of the biggest anti-Semites in America is Nation of Islam leader Louis Farrakhan (pictured to President Obama’s left).

The NOI leader stood behind the podium at last month’s Saviours’ Day convention in Detroit where he once again expressed his anti-Semitic ways, saying that FBI has been a detriment to the black community because the “Jews have control over those agencies of government.”

Not only did Farrakhan make the remark, but the Muslim leader doubled-down on his comment when he tweeted his statement word-for-word.

The FBI has been the worst enemy of Black advancement. The Jews have control over those agencies of government. #Farrakhan pic.twitter.com/DXKCRr1zpo

Seven Democratic lawmakers with ties to Farrakhan have been called on to denounce the statement, but up until now, only two legislators have done so.

The Republican Jewish Coalition has called for the resignation of these seven legislators.

Will these legislators ever come out against Farrakhan?